Australia is no stranger to shark attacks. Its temperate and nutrient-rich coastal waters have long been the favoured hunting grounds of some 36 percent of all known shark species.

So, when a 46-year-old woman was attacked in the Whitsundays, Queensland by a suspected Tiger Shark, it was little more than fodder for news outlets. But, when a second attack occurred in the same area not more than 24 hours later, some people thought this may be the emergence of a frightening trend.

The Queensland Department of Agriculture and Fisheries soon had the area filled with 3 baited drum lines. And within several days had indiscriminately caught and killed 6 sharks found in the area, including Tiger Sharks and a Black Tip Shark.

“It is unclear if [the sharks] were responsible for injuries caused to two swimmers this week,” a statement from Department of Agriculture and Fisheries read.

The Queensland Fisheries response soon overshadowed the earlier attacks. Environmentalists and regular citizens alike criticised the basis and goal of the knee-jerk culling campaign which had become publically bloody and confronting through social media.

Indeed, the more public the cull became, the more people it appalled. The government’s actions brought light to a systemic history of scientifically unfounded and knee-jerk responses to sensitive and complex issues. Furthermore, it raised a frightful proposition:

If culling and the devices that underpin the action are without merit, why have state governments utilised it so widely?

Shark attacks tend to hold our attention because they impinge on our primal fears. This fear is magnified when an event suggests an emerging trend that could have wider consequences, as the Whitsundays attacks did. But, during these times it is important to remain grounded in the facts – this situation is extraordinary though not unprecedented.

In Western Australian, for example, without known cause, shark attacks doubled in a six-month period in 2017. The next year, 2 shark attacks occurred within a day of each other, twice and in the same month. Both cases are believed to be the outcome of freak circumstances, such as the presence a large school of fish in the area.

For the moment, what caused the rapid succession of the Whitsundays attacks is unknown. Regardless of whether it was down to the presence of some external forcing or simply a case of unfortunate coincidence, a shark cull was the chosen response.

“While shark control equipment does not provide an impenetrable barrier between swimmers and sharks, it is effective in reducing the overall number of sharks in the area, making it a safer place to swim,” stated Jeff Krause, the shark cull Program Manager.

The Queensland Fisheries have repeatedly affirmed their support for the use of drum lines in shark culling as a pre-emptive safety measure. Though this has drawn harsh criticism from most independent scientific bodies who have chosen to speak on the issue.

The problem is simple – perception. Proponents of drum lines often favour it on the appeal of its simplicity. Fewer sharks should equal fewer attacks. Logically, it makes sense. But, it does not pan out this way. This is because a cull in general has no positive influence on public safety, yet alone drum lines, which act as indiscriminate killers of sea life.

During the years 1959-76, a Hawaii-based culling program sanctioned the killing of more than 4500 sharks in an effort to curve growing shark attacks. By its conclusion the Hawaii Institute for Marine Biology and the state’s Department of Land and Natural Resources declared the whole program ‘ineffective’ because it had no influence on shark populations and attacks.

Though, more often than not, it is impossible to devise a definitive conclusion on the efficacy of culling’s benefit for public safety. Shark attacks are such rare events that differentiating between random coincidence and underlying patterns is fraught with difficulty.

The problem is that shark bite numbers can lie. They lie in three ways. First, shark bites are discrete, random events that do not look random. Second, clusters of shark bite incidents are misleading. And third, we only count when human-shark interactions occur, not when they don’t. – Christopher Pepin-Neff

This highlights a gap in our understanding of shark attacks. We do not yet know the best way to address human-shark interactions. But, history has revealed much of what does not work.

A 2014 submission to the Western Australia Government regarding its culling programme, contained the signatories of 301 scientists whom affirmed the scientific communities position that there is no scientific evidence to support the culling of sharks.

“[Shark culls are] not even a false sense of safety, it’s actually a placebo.”

Studies have revealed the futility of shark culls. The Australian Government has acknowledged the inferiority and arbitrary selection of this response. Humans oppose these actions on moral grounds and as little more than a speciesism killing spree. So, why are the Queensland Government culling sharks?

The politicising of shark attacks

It seems to be a common theme in years gone-by: when a desperate situation emerges, people look to their representatives for answers. The representatives, keen to bolster their image in the publics eyes, engage in hasty actions designed to quell the concerns of the masses and win their favour.

Only, there is no action that can guarantee another shark attack does not occur. (Indeed, alternative technologies like shark shield are still in their infancy and non-lethal approaches like shark spotting are seldom applicable along Australia’s coastline). But, this is not the goal of the action. The goal, in recognition of the scientific communities intensifying opposition to culling, is to pacify the masses and restore or maintain voter confidence.

“Can you imagine the public outcry if anything else happened in that region during school holidays, if the department of fisheries took no action,” Queensland Premier, Annastacia Palaszczuk, following the Whitsundays shark attacks.

In terms of public safety, taking no action would have the equivalent benefit of a cull, just with fewer victims. The Queensland fisheries and the states ministers are well-informed on the scientific consensus on shark culls, including the use of drum lines – every review has recommended against their use or at least suggested there is not enough evidence to suggest they have any benefit to public safety.

Where these tactics succeed is in perception. They maintain a symbolic status that capitalises on the primal fear of these predators. So often the debate whittles down to a single emotion-driven question: humans or sharks? The decision to cull is to take a stand with your fellow man. The long history of their use in Australia has engrained the perception that these tactics buffer public safety. When a politician enacts a cull, it is an imposition for humans.

This mentality feeds the Queensland Governments current stance. They not only view their actions as virtuous, but obligatory by virtue of the sanctity of human life.

“While of course we will never know if any of the sharks caught would have harmed a person, this government will always place greatest value on human life,”Western Australia’s Fisheries Minister Ken Baston speaking on the regions shark cull.

This is a far simpler position to take than the alternative: recognising the failings of culls, upselling personal responsibility and taking associated action. As is the name of politics, this would open the door to all manner of misanthropic libel of your name and stances.

Few politicians are willing to cast dispersions on their public image and risk their lucrative position for the sake of saving a few sharks; for the sake of doing what’s right. No amount of science is going to change this, until it can offer something better than this placebo. 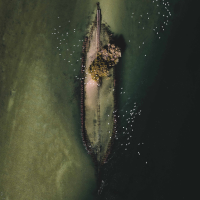