How Private Companies are Key to Saving Brazil’s Other Forest When the Portuguese explorer Pedro Álvares Cabral first reached the coast of present-day Brazil in April 1500, he found a paradise. Waiting ashore was a vast and well-connected forest system sprawling across as many as 580,000 square miles of land — Texas, California, and Montana combined — and running along some 2,400 miles of Atlantic Ocean coastline.

Since his discovery, this rich and highly bio diversified stretch of land, known as the Atlantic Forest, has been cut, fragmented, and drastically reduced to a size unimaginable 513 years ago. Today, less than seven percent of the original forest remains, according to Sociedade de Pesquisa em Vida Selvagem e Educação Ambiental (SPVS), a Brazilian conservation organization.

Where has the Atlantic Forest of #Brazil lost the most coverage recently? Check this map by @sosma: http://t.co/XEJuXAn7gs #mataatlantica

And it continues to shrink. In 2011, Brazil lost the equivalent to 13,000 soccer fields of forest. Despite all of its dwindling, less than two percent of this ancient forest system is legally protected.

The world is far more familiar with the Atlantic Forest’s colossal neighbor to the northwest. Yet the Amazon rainforest’s losses to deforestation have been proportionally less than the Atlantic’s and have occurred mostly over the last 50 years. The dwindling and deep fragmentation of the Atlantic Forest have occurred more gradually and with less controversy; agriculture, coal mining, cattle raising, logging, and urban growth have expanded over many more decades, if not centuries. Slowly but steadily, civilization has gained ground on the ecosystem.

However, there is now a growing effort to protect what remains of the Atlantic Forest, championed by unexpected supporters such as celebrity Gisele Bundchen.

Large companies, who for long have been perceived by the public as not having done enough on the issue of global deforestation, have taken up the cause as defenders of the Atlantic Forest. Today, major corporations partner with local governments, conservationists and development organizations to provide funds and resources for preservation efforts.

It’s no rainforest yet, but these 2008 saplings are restoring Brazil’s Atlantic Forest #ThrowbackThursday pic.twitter.com/FBePUNo5fF

Many groups and organizations utilize private-public partnerships to set their sights on protecting and preserving what remains of the Brazil’s valuable and unique forest system.

In the southern state of Paraná, for example, where less than one percent of the once extensive Araucaria Forests—one of several ecosystems in the Atlantic Forest—still exists with a high level of biodiversity. An initiative called the Biodiversity Condominium (ConBio) project is expanding  with private-public support from Caterpillar, the local government of Campo Largo and SPVS.

Some 285 miles south of the São Paulo, in the municipality of Campo Largo, biodiversity and sustainable development are now major priorities. The region’s urban areas seek to protect their populations of species like the Araucaria tree (Araucaria angustifolia), the namesake of the Araucaria Forest ecosystem, and other native flora and fauna.

ConBio works from the perspective that biodiversity conservation has environmental, social and economic importance. The program uses educational and recreational activities to build strong connections between landowners, students and other community members with vital green spaces. Most importantly, however, Caterpillar’s support allows the ConBio initiative to form a vast network of stakeholders who are active participants in conserving natural areas.

Boeing and SPVS have partnered to work with local landowners to help preserve Araucaria-inhabited properties. With support from Boeing, HSBC and other companies, nearly 8,000 acres of land have been adopted and preserved in the states of Paraná and Santa Catarina.

Meanwhile, in Guaraqueçaba on Parana’s northern coast, Royal Caribbean Cruises have backed efforts to increase environmental education among school teachers and children. Boeing, on the other hand, has supported community-based ecotourism in the region. These programs have raised awareness within the communities about the value of the environment and increased income generation through sustainable tourism. Such initiatives support the conservation of existing biodiversity in the region while preparing for the next generation.

In the long-term, these measures are meant to fight climate change and generate sustainable benefits—called ecosystem services—that increase the conservation of rivers and soil, the pollination of agricultural crops, and the availability of clean water, food, raw materials and medicines.

Restoring the Atlantic Forest to the days of Cabral may seem beyond reach. It is a struggle that cannot be won alone. To have a fighting chance at slowing down and reversing the damage that has been caused to the Atlantic Forest, we must depend on the involvement of private companies, organizations, local governments, landowners, and residents. To save the Atlantic Forest we must work together to enable us to see the forest for the trees. 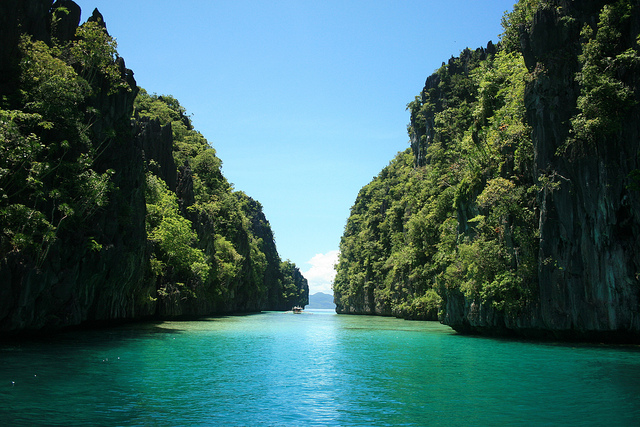