Why Environmental Studies Must Necessarily Be Interdisciplinary

In particular, researchers in the field of Development Studies have begun to critically examine the environmental and sociopolitical consequences of human displacement in developing third world countries. More often than not, human displacement in these countries is a direct result of large-scale industrial projects. These instances also illustrate the interplay between environmental justice and social justice. That is, these projects not only tend to harm the environment but also adversely affect the lives of the displaced, typically driving them into poverty. More importantly, these instances also show that environmental justice and social justice are inextricably linked to one another. In effect, this has resulted in a radical reconfiguration of our definition of the word “environment”—more about this shortly. Development Studies, therefore, has become a highly interdisciplinary field, drawing equally from the natural sciences, statistics, and the social sciences. Urban Studies has also evolved similarly: the discipline does not merely focus on the sociopolitical impact of rapid urbanization; it has now embraced the disciplinary perspective of urban ecology, a field that focuses on the relations between humans and non-human animals in the context of urban environments. As this article shows, animals are adapting to rapid urbanization, and are becoming adept at coexisting with humans in urban spaces. As a result, Urban Studies scholars now have to consider the impacts of urbanization on animals in the urban space, as well as the ways in which animals impact urbanization.

Central to this shift in perspective has been the recognition that concerns and knowledge about the environment can be ethical and truly actionable only if they are interdisciplinary. No other development exemplifies this recognition more than the emergence of ecofeminism, which, contrary to popular opinion, is more than just a combination of ecology and feminism. It posits critical parallels between the oppression of women and the exploitation of nature. In doing so, it challenges the ways in which we look at gender-centered oppression and injustice and environmental degradation. That is, it has been directly responsible for enriching both the humanities and Environmental Studies. In other words, it has enabled us to analyze our relationship with the environment in a fuller manner.

For instance, ecofeminism has shown that women in agriculture-based subsistence economies can hardly ever extend themselves beyond their ascribed roles and status; these economies are labor-intensive, and rely almost entirely on natural resources to address their daily necessities. Women not only take part in demanding agricultural or horticultural tasks but are also expected to manage domestic chores. Their relationship with the environment, nonetheless, is more hands-on, and these communities do not pursue rapid economic growth. Therefore, their attitudes toward the environment are vastly different compared to the capitalistic attitude toward the environment. Since subsistence and profit-making are antithetical, this difference in attitude also represents different worldviews—not just different, but also conflicting worldviews. These communities, capitalists argue, do not contribute much to economic growth, and are therefore considered unproductive. What is worse, because they are unproductive, hardline capitalists hold that these communities should be displaced in order to maximize economic growth. This is often done in the name of development, progress, and utilitarianism.

The Bigger Success of Ecofeminism:

By introducing anthropological and sociological perspectives to Environmental Studies, ecofeminism has changed our understanding of what constitutes an environmental problem. As this ASLE report suggests, ecofeminism, being primarily interdisciplinary, has enabled us to ask the following questions: “What “counts” as an environmental problem and who gets to define it? Whose way of knowing is privileged in defining that problem? Who benefits from potential solutions? What different definitions of nature are assumed?”

Interestingly, this shift in perspective has also trickled down to the school and college levels. Titles commonly prescribed at this level, such as “Essential Environment: The Science Behind the Stories,” show that Environmental Studies needs the “stories” and “hard science.” It must necessarily focus on the sociopolitical angle, and the stories are every bit as important as scientific knowledge. This shift in perspective also calls for active questioning of the methodologies employed to identify and understand environmental problems. It enables students to determine whether a particular approach to an environmental problem is truly ethical and actionable. 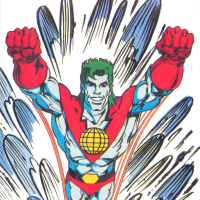