Benefits of Renewable Energy Use

Renewable energy now costs less than fossil fuel power in many countries of the world. Solar, wind, geothermal and hydroelectric energy offer both economic and social benefits. In fact, the gains of alternative energy are interwoven in most societies. Here are just a few of the key benefits to expect as renewables become the main source of energy all over the world.

Burning of fossil fuels, for automobiles and electricity production, increases the volume of carbon dioxide and other gases in the atmosphere. These gases trap heat and cause melting of ice caps, increase in sea level, storms, drought and extinction of certain life forms.

However, most renewable energy sources produce very minimal carbon dioxide emissions. Studies conducted by US energy experts show that generating 80 percent of electricity through renewable sources can reduce carbon emissions by up to 81 percent.

Presently, there are about 10 million people working in the renewable energy industry globally. As demand increases for new solar and wind installations, new technicians will be needed. In Europe and North America, the wind power technician is one of the fastest growing job positions. This is closely followed by the demand for solar PV installers. Interestingly, while the conventional fossil fuel based plants are capital intensive, the renewable energy systems are more labor-friendly. More people are needed to service and manage renewable installations because they are widely distributed and installed in modules.

Apart from creating climate change,  burning natural gas and coal raises the risk of heart attacks, cancer, breathing problems, premature death and other health issues. A study conducted by Harvard University put the cost of public health effects of burning coal at $74.6 billion per year. Most of these problems are caused by air and water pollution. Solar, wind and hydroelectric systems do not create these environmental pollutions. In particular, wind and solar energy systems do not use water and they don’t pollute the water needed for drinking and agriculture.

Renewable energy is now affordable in different parts of the world and it can create more stable energy prices in future. While a fairly large amount of money is required to set up renewable facilities, it possible to operate them are much lower cost than traditional sources. This will ultimately lead to price stability.

In recent years, the cost of setting up renewable technology installations has dropped significantly. For instance, from 2009 to 2016, wind electricity generation costs dropped by 66 percent. The price of solar installations also decreased by 70 percent from 2010 to 2017.

Solar and wind power generators have lower risk of large scale failure. This is due to their modular and distributed design. They have many individual solar arrays and wind turbines that can stand alone. These systems are also spread across a large geographical area so natural disasters can’t cut off the power supply to an entire city. For instance after Hurricane Sandy, the electricity systems powered by fossil fuels got severely damaged and cut off power supply to millions of homes in New Jersey and New York. On the other hand, renewable energy projects had minimal damage without any widespread disruption.

Renewable energy is the cheapest and easiest type of power supply system to install in rural areas with no electricity. Home solar systems can transform the lives of over one billion people living without any electricity. For example, in Bangladesh, over 3.5 million home solar systems have been set up in rural towns and villages. When rural dwellers have these systems, they do not have to spend their meager earnings to buy kerosene for lighting or petrol for powering small generators. This gives them the opportunity to save money and invest in better education, health care and small businesses. 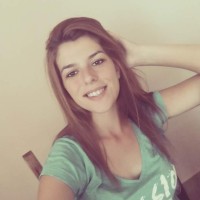