It is not necessary that you are still living in the house that you grew up in. People often move out of their house for studies and jobs and get settled in a new place in their new homes. And when you visit your old house, you can see that it doesn’t look familiar like it used to years ago. The surroundings are getting changed. More and more concrete building is getting set up, and the natural trees and plants are getting lesser in number. This is not the first thing happening in the towns. There are lot many places which are under development as per the latest designs and patterns. Various trees are being cut in order to free space to build a tall building for commercial as well as residential purpose. This is providing new opportunities to other people outside of the local to come and buy a house for themselves. This is how now the world is moving forward, and people are left with the old memories of how their childhood towns and houses used to look like.

Meanwhile, people are now taking some steps in order to make each passing day for the future generation more sustain and providing a healthy and safe environment for living.  People are now taking steps forwards and thinking of making investments in the house in terms of the concept of roofs with green vegetations. You could have even seen the pictures in magazines; in fact, there are even few you can get to come across nearby. The top roof gets converted into lush green gardens. It is like the layer of the top of the roof being used for growing a small or large garden depending on the size of the roof. It is carried out as per the owner’s wish. The matter is in the owner’s hand that how much area to be used for setting up the terrace garden and how much they want to put up for maintaining it on a regular basis.

You have seen that for so many years, people like having a small garden or few flower pots in their house. In fact, now some plants are being used for decorating interiors. They are practically used for freshening up the room air and reduce the allergy-causing source agents in the air. From this, people have got the idea of putting up a rooftop garden that can provide them numerous advantages can be an alternative way of saving the environment from the pollution. There are some effects of the roof garden that has a long-lasting impact.

Whether it is summer or winter, the roof of the house is the first thing that comes in contact with the weather condition first. In the summertime, roof gets heated up quickly, and thus interior start getting hot and warm. Thus, in order to cool the inner temperature, you require spending a lot of energy using air-conditioner to cool down. Hence at the month end, you can find the high cost of a utility bill. But if you can consider the idea of remodeling the roof into the garden, then you could be saving your pocket with some money for every month as it will help in reducing the energy bill cost and can even cool the interior by absorbing heat. This insulating layer can naturally keep the interior of the house cooler when it is hotter in the exterior and vice-versa in the winters. It has been calculated that by a good percentage of reduction can help you save the bucks on your electricity bills of every month. A small portion of the garden on the roof can bring a lot of change in the sustainability.

Your roof garden can be an alternative solution in saving the environment by decreasing the pollution in the air as a number of trees can absorb the carbon dioxide. You can contact the experts Patriot Roofing And Construction by searching local and online who can help you in setting a really nice rooftop garden. Thus, you can be helping the population on both small levels as well as on a broad level. There will less emit air polluting gases that can be counted as the greenhouse gases causing global warming. Nowadays, if you can tour the planned urban cities, you can find that a lot of people have already started following the rooftop garden concept. At homes and various residential buildings, you can very clearly see the gardens are being set up which has a lot many benefits for both short term and long term.

This is being followed by various urban state house owners to reduce the effect of the urban heat. This term has been coined out from the fact where the cement and bricks are held responsible for absorbing tons of heat during summer thus raising the temperature of that particular block of the urban area. Due to a lot of urban development, the long buildings have become the medium to absorb and trap the heat inside the earth. As the trees and greenery are less in such areas, thus the cost of electricity bills goes high and high. When people start residing in those areas, the cost starts increasing exponentially. The solution to the problem is right in your hand by implementing the rooftop garden concept more and more in the surrounding.

The rooftop garden can be a savior ecologically

It is obvious that the green vegetation around can leave a great impact on the ecological balance. Setting up plants can largely restore the lost balance of the ecosystem that you might have been reading about in the newspapers and magazines. The rooftop gardens are completely independent of the type of plants being planted there on top of your house, but the importance that matters is the filtering of air from the pollutants and purifying the air to breathe. The rooftop garden can be a great idea in providing the shading and protecting from the heat and sun rays in the summer. The life of the rooftop garden is comparatively more than the simple roof of the house.

This idea can surely be liked by a lot of people living in the urban area where the surfaces are not porous enough to sweep in the water or the melting snow. The side road walks are designed and built using concrete that is not porous too. This is helpful for drivers in safe driving but if there is heavy rain that it might cause flooding due to bad absorption of water. The concept of rooftop gardens is based on proper planning and strategies, so they are designed to reduce the risk of sudden flood, stagnant water condition, and clogged sewage. The proven result of improving the quality of air by reducing the temperature caused due to heat and also filtering and removing the pollutants from it. In fact, for various birds and small animals, the rooftop garden can be their homes as well. Due to over construction, the habitats of animals are also getting destroyed.

The cost involved in setting up the rooftop garden is high as compared to the traditional roof but when you talk about advantages then no doubt rooftop garden exceeds at par. The cost of savings can be varied from place to place as it also depends on how much cost is involved in utilities of the particular area and then depending upon that you can design the roof thus that will maximize the saving amount.

The garden roofs are now designed with an extra protection layer that prevents leakage due to weather conditions and can last up for a couple of years which can very well sound like a great investing offer although initial cost involved is high that is worth for the sake of better tomorrow. They reduce the level of heat that can back and forth through the roof. Now the rooftop garden can absorb it. The front of the house might get shade in the summer season. In fact, the protection layer can help absorb the heat of the sun. Facts have shown that by setting up the rooftop garden, the cost involved in running air condition can also be reduced to an extent in summer season thus cutting off the energy bill by a fair amount. The reason behind it is the insulating property of the garden that absorbs heat and reduces the bill amount. The complex structure of the drainage system can be avoided as the rooftop garden provides the irrigation method thus cost involved in expensive plumbing might be avoided.

The rooftop garden can be a proven and successful idea for many reasons, and the impact of it will go to last for the longer term. The cost is high, but that is worth to set up the rooftop garden as it can provide proper insulation to the house thus saving energy bill costs. 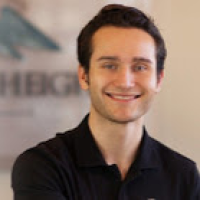 John Mathew
John is a Business Tech Analyst. He is very responsible towards his job. He loves to share his knowledge and experience with his friends and colleagues.