Energy security and its present day scenario reveals sharp contrast between the production and consumption patterns of developing and developed countries as well as between rural and urban areas within the developing countries.

In 2016 while total world energy came from 80% fossil fuels, 10% biofuels, 5% nuclear and 5% renewable (hydro, wind, solar, geothermal), only 18% of that total world energy was in the form of electricity.[1] Most of the other 82% was used for heat and transportation. But still the divide between developing and developed countries have seemed to broaden over the years, the energy needs and requirements of developing countries are not met by them and thus slowing their progress towards prosperity.

An important issue in this whole debate is that a dichotomy exists within the developing countries as well: between rural and urban areas and between the rural rich and the rural poor. The commercial energy is consumed in the urban areas in industrial sectors and for transportation whereas the rural areas in developing countries get a very small share of the available commercial energy which they predominantly use in agricultural sectors. This energy in-security or so called energy scarcity in the rural areas of developing countries affects the employment opportunities and thus causing large scale urban migration and putting more strain on the limited energy resources in the urban areas.

An important argument in this debate is that energy is not used efficiently in both rural and urban areas in developing countries which results in higher per capita increase in energy consumption than per capita increase in gross domestic product. This contributes to never ending vicious cycle and further impacting the natural environment.

Responsibility, risks and other dangers, which are ought to be shared equally among the nations and regions of the Earth are however not shared. 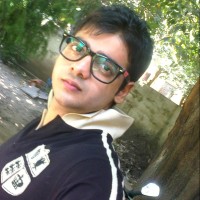