Four Ways to Harness the Power of the Sun 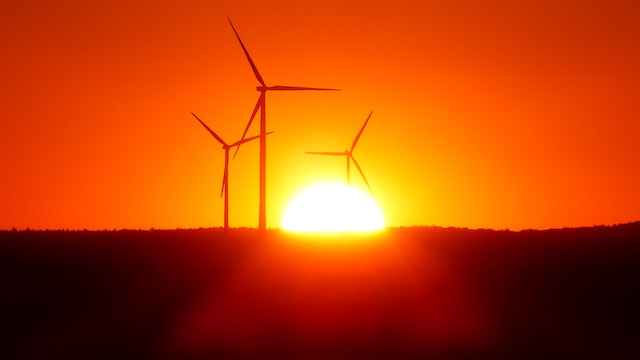 Since ancient civilizations first saw how the sun helped raise their crops, warm their clothes, and turn winter into spring, humanity has understood the sun’s power. Every year the sun generates a massive amount of energy.

However, some of that energy radiates right past us. What would happen if we harnessed the sun’s power?

Solar technology means we have alternatives for power and electricity. We no longer need to rely on non-renewable resources, such as burning coal, oil, and natural gas. We already have the means to live greener, cleaner, and more at one with nature.

You don’t have to break the bank by buying a farm of solar panels. There are plenty of ways to harness the sun’s power for your benefit, using things you already have around the house.

The most straightforward way you can harness solar energy if you don’t have the cash or space for solar panels is to look into solar generators.

Solar panels are fantastic, but they require a lot of acreage if you want to generate enough energy to sustain a home. Fortunately, thanks to technological advancements, you don’t need all that space.

Solar generators are the most cost-effective way to get maximum power out of the sun’s rays. These devices are small but mighty, some standing no more than two feet high. They still use solar panels to convert the heat and light emitted by the sun into power, but they store it in high-capacity batteries. It means they require fewer panels to charge, which saves you space.

According to the U.S. Energy Information Administration, the total share of solar energy consumed by citizens in 2020 was only 3%. By 2050, that number will be up to 20%. Now that solar has gotten smaller and more portable, it’s gotten even more popular. Individual consumers can use it to power their appliances, cars, and more.

Passive solar heating is a fancy term for something human societies have been doing for ages: designing their dwellings so they can heat and cool naturally with the rising and falling of the sun.

Looking at most modern residential neighborhoods, you’ll see that houses hug the curves of streets. Pay close attention to the windows: they face 360 degrees of directions, with no mind paid to where the sun rises and sets in the sky.

Passive solar heating begins with an intentional home design that takes sunlight in through windows and skylights and incorporates building materials that are better at absorbing heat. This way, you don’t have to shell out for technology with high upfront costs.

Once you start paying attention to the sun’s effect on fruits, vegetables, and other plants, you’ll be amazed. Walk into a garden and look at the faces of all the flowers. You’ll notice they’ve all craned their necks in one direction or another. Then, look at the sun.

This phenomenon is what scientists call heliotropism. You can use this to your advantage when growing your own food. Look up what fruits and veggies grow best in the summer (cucumbers, squash, berries, tomatoes) and what grows best in the winter (persimmons, citrus, leeks, radishes, turnips). Plant these fruits and vegetables in optimal lighting, designing your garden to maximize heliotropism.

Whatever dies before it can grow to fruition, whether the winter is too cold or the summer too hot, you can save and help fertilize your soil through a process called …

Composting! Rather than throwing out organic matter, like egg shells, the yucky tips of chicken and beef, the stalks of peppers and other vegetables, and anything else you don’t use, set them aside for the compost bin.

Most cities and towns have a waste disposal authority that will give you a compost bin either for free or sell it at a discounted rate. Cities love it when you compost because it saves them space in the landfill.

The sun is the most crucial ingredient in turning organic matter into excellent mulch for your garden.

When you box all those throwaways into your compost bin, the sun will strike the exterior, making it hot and humid, creating incredible decomposition, which leads to mulch.

Soak up the Sun

The sun is the most reliable energy source in the universe. Have you ever woken up and not seen it hanging in the sky? It’s time to start depending more on it.