Your home has a larger environmental impact that you might think. You may do what you can to reduce it—from recycling to using cold water to do laundry to turning off lights—but this only goes so far. Energy use has a huge carbon footprint, contributing to global warming. Even though homes are becoming more energy efficient over time, according to the US Department of Energy, a whopping 48 percent of a household’s energy is used for cooling and heating. So what’s the best way to mitigate this?

Iceland as an Example

Iceland, in an example of modern environmental mastery, generates 100 percent of its electricity from renewable energy—75 percent from hydroelectric and 25 percent from geothermal. They use volcanic geothermal energy both to generate electricity and as a direct heat source. Eighty-seven percent of Iceland’s hot water heating comes from direct geothermal heating alone.

Unlike Iceland, users of geothermal energy in the middle latitudes of the US utilize the year-round, constant temperature of the soil (only a few feet down) to heat and cool homes. These home geothermal systems use naturally steady ground temperature to keep homes warm in the winter and cool in the summer. Regardless of the season, the underground temperature remains around 55 degrees Fahrenheit. Because most of the energy comes from the ground, this system can convert one unit of electricity into up to four units of heat.

A heat pump provides thermal energy to a “heat sink” from a heat source. When a geothermal heat pump is installed, the heat pump sends liquid through underground pipes. It responds to the temperature of the ground and then flows back up towards the heat pump.

Geothermal heat pumps are among the most environmentally friendly options on the market, with up to 80 percent of their energy coming directly from the Earth. Since they involve no burning of fossil fuels and therefore generate little to no greenhouse gasses, heat pumps are often used in “net zero energy” homes or as an environmentally-friendly, gas furnace substitute. High efficiency geothermal systems are on average 48 percent more efficient than gas furnaces.

Heating or cooling your home using the free power of the sun is another one of the greenest ways to clean up your home’s environmental impact. There are a couple of types of solar systems: active solar heating systems and hybrid solar air conditioners.

Active solar heating systems are ideal for areas that get chilly in the winter but are still very sunny. They pick up heat from the sun using a fluid (normally non-toxic glycol or water) and bring it inside the home where it is collected into a storage chamber for use later on. The heat can then be sent throughout the home via radiant floor heating setups, radiators, central forced-air systems, or hot water baseboards.

Hybrid solar air conditioners use on both batteries and solar power to run. While the sun is out, the air conditioner services a dual purpose by using solar energy for power and charging the appliance’s batteries at the same time. When it’s dark or cloudy and battery backup power is needed, the batteries are charged with AC power. Since a lot of these systems can be run off just a single solar panel, they are relatively easy to install compared to other environmentally-friendly systems.

Water heating accounts for around 18 percent of the average utility bill. Solar water heating systems utilize thermal energy from the sun to heat domestic water. They do this using solar panels called collectors to heat up water stored in a hot water cylinder. In most cases, an immersion heater or boiler is used as a backup heat source to make the already warm water as hot as you want.

Though these home improvements may require a large amount of consideration and planning, if you want to make some powerful changes in the way your home impacts the environment, these solutions could empower you to become a greener homeowner without needing to deal with uncomfortable temperatures, while saving money in the process. 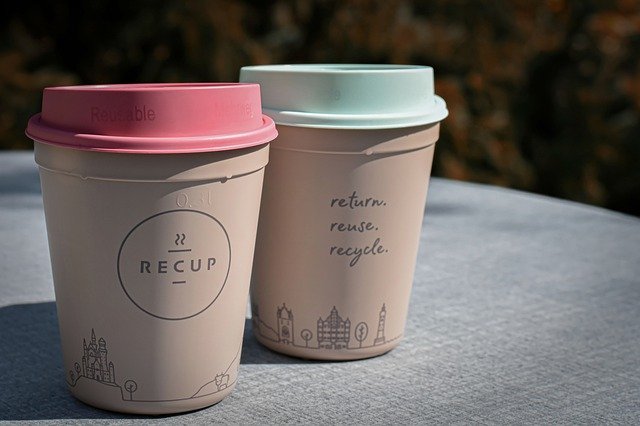 Four Ways You Can Become More Environmentally Friendly in 2021
April 30, 2021