There’s a green movement occurring in the United States – and it pertains to burials. More people are considering environmentally friendly alternatives to traditional funeral and burial practices, products and services.

“We think it’s a great trend,” says Will Chang, co-founder and CEO of Parting. “It’s important that people know they have options to celebrate their lives in a way that aligns with their values.” Companies like Parting.com

https://www.parting.com/about-us have made it easier to find and compare funeral homes.

“We always say that we’re not reinventing the wheel; we’re just going back to how they did it 100 years ago,” says Kate Kalanick, executive director of the Green Burial Council   http://greenburialcouncil.org/,  a non-profit organization that certifies green funeral homes, burial grounds and product manufacturers.

“In the last 24 months, the interest has really ramped up,” she says. “Part of it is media coverage, but what I really attribute it to is we have this generation of awareness and concern and consciousness and the right to choice and wanting to be more in control of what our options are. People are requiring more out of their death care and food – [like organic options]– or whatever it is—they’re looking for more.”

What is a green burial, also called natural burial?

A green burial is an environmentally friendly burial with the goal of having as little impact on the earth as possible. For a burial to be considered green, it must meet three requirements established by the Green Burial Council http://greenburialcouncil.org/standards/ :

The body can’t be preserved with traditional embalming fluid, vaults are not allowed and only biodegradable burial containers (such as untreated cardboard or wood, wicker or bamboo) or shrouds (such as linen or wool) can be used. This encourages rapid decomposition and the return of the body’s nutrients into the soil.

“What we 2016 people are calling ‘green burial’ is what an 1895 person would have called ‘burial,’” says Josh Slocum, executive director of the Funeral Consumers Alliance https://www.funerals.org/   “What makes it green is that it uses less. You’re buying fewer chemicals, fewer boxes, fewer permanent pieces of merchandise.”

Why choose a green burial?

More people are pushing hard to leave a smaller carbon footprint on the earth. Selecting a green burial—using green burial products and being buried in a green cemetery or natural burial ground—decreases your impact.

A green burial is a way for us to care for our dead and allow the body to go back to the earth in a simple, natural fashion with minimal environmental impact, says Shari Wolf, founder of Natural Grace Funerals and Cremations, serving the greater Los Angeles area http://naturalgracefunerals.com/index.html

“A lot of people love the simplicity. For the families we work with that make that choice, it’s really a very unique and beautiful experience.”

A 2014 study    http://www.famic.org/index.php/famic-study  conducted by the Funeral and Memorial Information Council found that 64 percent of people 40 years and older said they would be interested in green funeral options – that’s a 21 percent jump from 2010.

And the number of Green Burial Council-certified providers in North America has increased from one in 2006 to more than 300 today. That includes 224 funeral homes, 57 cemeteries and 31 product providers. To find a provider, you can search: https://greenburialcouncil.org/find-a-provider/

What about green cemeteries?

More cemeteries are offering environmentally friendly services, including hybrid cemeteries – conventional cemeteries that converted some of their land for green burials – to conservation burial grounds –a natural burial ground that also acts as a wildlife preserve.

Shelia Champion is owner of The Good Earth http://www.thegoodearthllc.com/home-1.html  , a five-acre green burial ground in Alabama where bodies are prepared without embalming fluid, dressed in biodegradable clothing, placed into an eco-friendly casket or shroud, and buried without a vault. Also, only live flowers are allowed.

“No fake flowers or flowers stuck in Styrofoam on the graves,” Champion says.

“Traditional cemeteries typically have manicured lawns, probably driveways or paths, and marble or granite tombstones and everything’s laid out bam, bam, bam,” Champion says. “The meadow is an open area that I worked with an assistant biology professor at the University of Alabama. He came up with a list of native plants that I planted that will bring the earth back to its natural state… I planted clovers to draw more bees and milkweed to attract monarch butterflies…

“We have no vaults, no granite monuments that used fossil fuels to mine it and polish it,” Champion adds. “However, in the meadow you can choose a natural stone and have it engraved.”

Traditional burial and cremation practices are having a significant environmental impact. According to the Green Burial Council, each year in 22,500 U.S. cemeteries we bury:

And each body that’s cremated:

(It should be noted that while many may consider cremation a “greener option,” the Green Burial Council doesn’t certify any cremation disposal programs).

A green burial can cost significantly less than a traditional burial –typically it’s $2,000 to $3,000. The national median cost of a traditional funeral viewing and burial was $7,181 in 2014, according to the National Funeral Directors Association. http://www.nfda.org/news/statistics   Add a vault and it’s $8,508.

One more thing to note is there’s a relatively new alternative to conventional cremation called alkaline hydrolysis, which has been deemed much faster and better for the environment. It’s a water-and-chemical solution that essentially washes remains away, leaving bone ash similar to that of a regular cremation.  http://pilotonline.com/news/local/health/for-people-worried-about-carbon-footprint-green-burial-options-provide/article_1f5aab76-a3fb-5e16-8bc8-c264b865568a.html

Such alternatives are getting people’s attention. 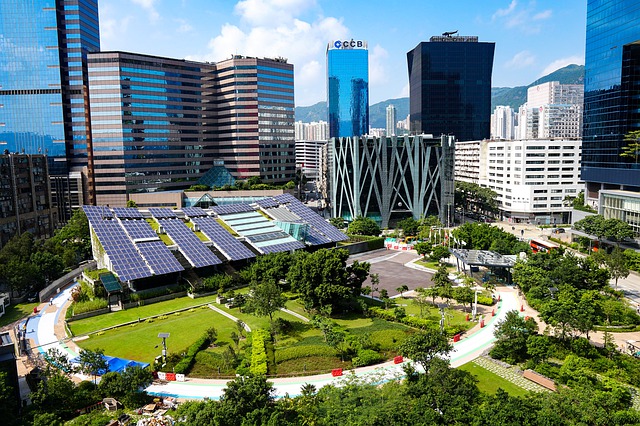