United Kingdom’s increasingly dynamic coastline is putting wildlife and habitats at risk. This is the key finding of a recently released study from the National Trust, reports The Guardian.

UK’s coastline is predicted to take a beating from coastal erosion, rising sea levels and anticipated extreme weather events attributed to climate change and its effects. The study reports predictions of increased erosion along with a rate of sea level rise up to half a meter by 2100. Together with increasingly warming seas, these could have heavy impacts on coastal wildlife and their habitats.

In particular, the National Trust highlights six indicator species as the UK’s coastal ‘canaries in the mine’. These are puffin, oysterplant, triggerfish, cliff tiger beetle, little tern, and the Glanville fritillary butterfly.

Puffins are found on the Farne Islands in Northumberland and on Lundy Island in Devon. The popular birds with the brightly colored beak are at risk from starvation. A deadly combination of overfishing and warming seas is gradually replacing puffins’ main food source, the sand eel, with the indigestible snake pipefish. This year’s floods and rough winter has also led to massive bird deaths including guillemots and razorbills along with the puffins.

Plant species are as much at risk as their fauna counterparts. The oysterplant is a prime example, labeled in the Red List as being in the near-threatened category. While oysterplants adapt to slight disturbances in order to maintain its habitat just like other coastal plants, extreme weather events could wash it away entirely from shingle beaches. Oysterplants are currently found on exposed shingle beaches along England and Scotland’s northwest coasts.

National Trust national specialist on nature and wildlife Matthew Oates says, “Climate change could change the face of our coastal flora and fauna. With rising sea levels, our rich mud flats could simply disappear. Wildlife which relies on the gradual erosion of soft rock cliffs or lives on loose sand and shingle habitats could be caught out by an increasingly mobile landscape as a result of extremes in weather.”

Cliff tiger beetles live on coastal cliffs such as those found in West Dorset. They require highly specific habitat in the form of large areas of exposed clay beside wet seepages found in cliff faces. This hunter insect is threatened by coastal development and overstabilisation of soft cliffs. Due to its limited short flights, the cliff tiger beetle lacks the ability necessary for quick relocation. If stripped of its habitat the cliff tiger beetle may have difficulty recolonizing just like many other insects.

The Glanville fritillary butterfly also thrives on very particular conditions: it needs a warm, gradually eroding cliff facing south, preferably one where plant colonization is just beginning. It is threatened by habitat loss due to coastal squeeze and erosion, as well as extreme weather events and the proliferation of invasive species. Today this dainty butterfly’s habitat has been restricted to coastal landslips on the southwest coast of the Isle of Wight but could recolonize the mainland if warmer weather continues.

Triggerfish are popping up in unusual areas away from its usual habitat. It has been sighted in the Welsh coast even though it normally lives in the warmer Atlantic and Mediterranean waters. Along with the influx of other non-native species like zebra mussels, triggerfish gives a hint on how marine ecosystems may change in the following years.

Coasts are at the forefront of climate change and highly vulnerable to its effects. Similar forecasts of increased risk from climate change effects are predicted for coastal cities and civilizations.

“Extreme weather will be a big factor. We’re seeing more and more superlatives – the hottest, coldest, wettest or driest months on record,” Oates says. “Even on hard rock cliffs less affected by increased erosion, we are likely to see the boom and bust of more specialist plants and animals, as they suffer from increased flooding, salt deposition or drought stress. Unfortunately there may be more bust than boom.”

Green finance for sustainable future- significance, threats and challenges to it
August 24, 2017 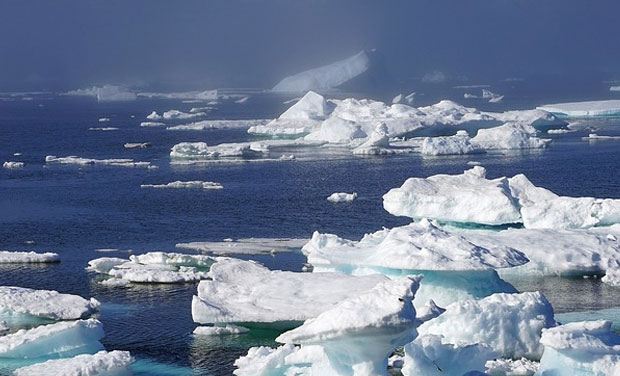