5 Ways We Can Stop Ocean Acidification 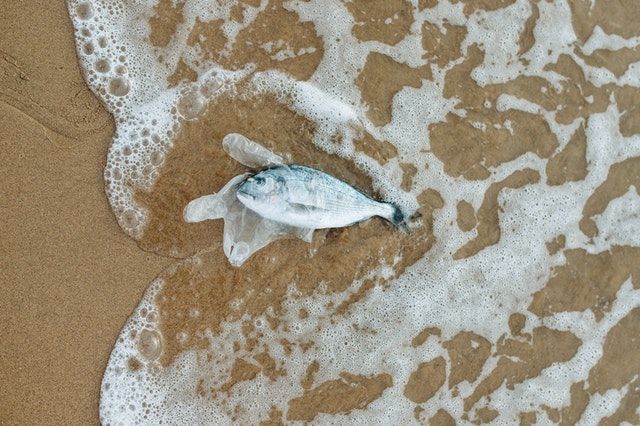 Although it may not be discussed frequently, ocean acidification is one of the biggest problems humanity (and the environment) faces today. The rising acidity of the ocean is not only harming biodiversity and marine ecosystems, but is impacting human industries that rely on the ocean’s resources.

While the best way to stop ocean acidification is to reverse climate change, there are other smaller steps we can take that can make a difference. This guide will provide you with 5 ways that individuals can help combat ocean acidification.

Why Is Ocean Acidification Happening?

Ocean acidification is also caused by industry runoff and agricultural runoff, like pesticides and fertilizers, washing into the ocean. When these chemicals are introduced into the water, they not only increase the acidity, but may become more toxic under acidic conditions.

Even small increases in acidity can have major impacts on marine life. For example, increased acidity kills off organisms at the bottom of the food chain and makes it more difficult for shelled creatures to build shells. Acidification also destroys a major ocean habitat, coral reefs, as it is more difficult for coral to build their skeletons. The entire ocean food chain, and therefore the entire ecosystem, is thrown off balance by ocean acidification.

In turn, these impacts on marine life affect humans. Many humans and industries rely on ocean resources to make a living. It is estimated that ocean acidification will result in the loss of over $140 billion.

It’s not too late; the National Climate Assessment explains that if we act now, we can avoid damaging the ocean and our fishing industries. Here are some ways you can work to slow ocean acidification.

The best way to stop ocean acidification is to emit less carbon dioxide, so that the ocean does not absorb the excess. There are many small steps you can take to reduce your carbon footprint, including (but not nearly limited to):

Read more about how to reduce your carbon footprint in our article, “Is It Possible to Prevent Global Warming?”.

2. Use natural fertilizers and pesticides

Because all water on land eventually leads to the ocean, harmful chemicals from fertilizers and pesticides make their way into the ocean, causing ocean acidification and chemical pollution.

If you have a garden, make sure to use natural fertilizers, weed killers and pesticides, rather than releasing those chemicals into the ocean through runoff. For example, consider using an at-home vinegar-based weed killer, rather than toxic sprays like RoundUp. Not only is this better for the environment, but it is also cheaper!

Support pesticide-free farming practices by buying organic. Reducing the use of pesticides and fertilizers in agriculture is also a major step we can take to fight ocean acidification. While some argue that reducing pesticide use would harm the agricultural industry, several studies have found that less pesticide use can actually increase crop yields.

Some companies also place “green” stamps on their products that show it was produced sustainably. There are a number of different green labels, including Green Seal, which shows customers a company meets high standards of safety and sustainability.

There are a number of organizations doing important work to fight ocean acidification.

Other organizations like Oceana and the Ocean Project focus on ocean conservation and helping reverse some of the effects of ocean acidification.

Donating money is not the only way to support these organizations, although it is always appreciated. Consider finding an organization that needs volunteers and spending some time contributing in that way. Even something as simple as signing your name to a petition makes a difference, and hardly takes a minute out of your day.

Lastly, consider contacting your policymakers to ask them to pass legislation to combat ocean acidification, and by extension, climate change. For example, carbon taxes on companies’ carbon emissions may be an effective way to reduce global carbon emissions.

Call or write your local or federal government representatives to ask them to act on ocean acidification.