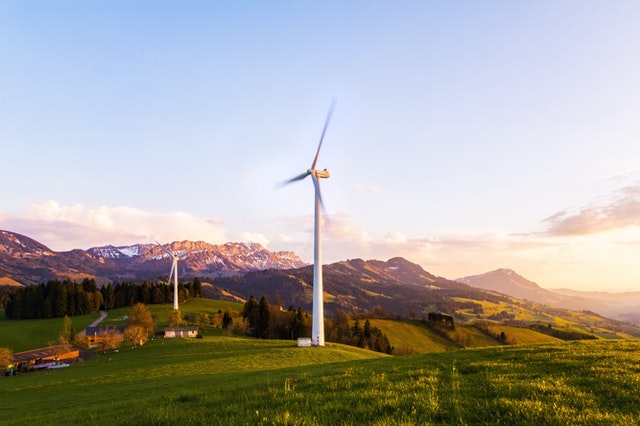 Uninterrupted access to energy services plays an important role in our day-to-day lives. Energy is not only required for the survival of an individual but is also important for establishing a widespread community, consisting of healthcare, government, financial, industrial, agricultural and educational institutions. The development of a nation, it’s economy and its people, is directly related to the extent of energy services accessible in the region. While urban areas can easily access various energy services, rural areas or those choosing to live ‘off-grid’ are often left behind, due to the lack of options to access energy services. In England, nearly 20% of the population lives in rural areas. These communities often suffer from a lack of options to access energy services. As a majority of homes in rural areas are less energy efficient, they greatly depend on expensive heating fuels as compared to the homes in urban areas. This leads to an increase in fuel poverty, which is one of the major concerns in rural England. Since fuel poverty can be seen in households situated in remote locations of England, such as rural villages, isolated dwellings and hamlets, people are constantly finding ways to reduce it. Below are five solutions that will help people living in rural areas gain access to energy services.

Bunded fuel storage tanks come with a ‘bund layer’, which is an extra outer protective layer. The aim of this layer is to protect the inner tank storing the fuel. This design of a tank inside a tank is the safest way to store fuel in regions with different climatic conditions. The extra outer layer protects the inner tank from damage and prevents the fuel from spilling all over. Unlike regular plastic tanks, bunded tanks come with an excellent storage capacity. These tanks are resistant to external corrosion and are specifically designed to withstand the worst weather conditions. As these bunded tanks can store adequate quantities of heating fuel for a longer time, it can be easily accessed to gain instant energy.

Biomass energy can be generated with the help of plant-based fuels, which includes wood chips or pellets, bioenergy crops or agricultural and domestic waste. As biomass energy does not depend on the weather, it is completely flexible and a reliable source of energy. Some of the commonly used energy crops for producing biomass in the UK include silvergrass, poplar and willow. The energy generated through biomass resources can be used in biomass heating systems, and its residue can also be used for farming or gardening in rural areas. Biomass boilers, which use wooden logs to generate energy, can also be used as heat pump alternatives.

Hydropower energy is one of the most reliable forms of energy used all over the world. Hydropower energy is generated by converting the potential energy from the water flowing from dams, rivers and power plants into kinetic energy. A hydro system can continuously generate a large amount of energy and offers an uninterrupted supply of electricity. Apart from lighting up a home and powering electrical home appliances, the excessive hydro energy produced can also be used to heat a home. Hydro energy is an efficient and cheaper option of energy for off-grid homes, isolated properties or households in rural areas.

Wind power is an efficient source of energy that can be used to power individual households, large communities and establishments. The UK is one of the best locations for wind power in the world. Wind power is a popular low-cost energy generation model which caters to the vast electricity needs of the UK. Apart from several onshore and offshore windmills, the UK is also home to small and medium wind turbines, which fulfil the energy needs of rural areas.

Although the UK is not known for a warm and sunny climate, it gets enough sunshine throughout the day to generate adequate solar energy. Solar power is an ideal source of energy for people living in rural areas or the remote locations of the UK. As the households in this region find it difficult to get access to the national grid, installing solar panels in areas with easy access to direct sunlight can help rural households generate uninterrupted electricity. Moreover, once a solar panel is installed, homeowners can produce their electricity for free. This reduces the additional electricity costs of the people living in rural areas.

Recently, the government has started paying more attention to the energy needs of both rural and off-grid homes. As energy can help improve the living conditions of individuals, households, communities and the economy, getting uninterrupted access to energy can help people living in the rural areas overcome any issues caused due to the lack of energy services.