Environmental concerns are at the forefront of a growing number of hearts and minds around the world today. The evidence is becoming increasingly compelling that human activity is having a catastrophic impact on our planet and the flora and fauna that inhabit it. There is no question that the way we use fossil fuels, in particular, has already done irreparable damage to our environment, and change is desperately needed. 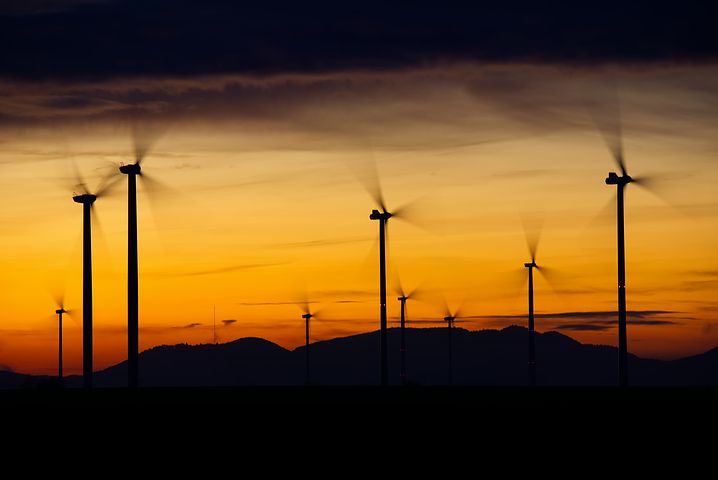 All types of energy resources have some impact on the environment. However, different studies attest that fossil fuels — coal, oil, and natural gas — create more harm compared to green power.

Getting energy from wind is considered by far “one of the cleanest and most sustainable ways to generate electricity.” The process does not produce any toxic pollutant or global warming emission. Compared to Hydropower, wind is also highly abundant, cost-efficient, and inexhaustible. Similar to solar energy, it is considered to be a viable and large-scale alternative to diminishing the use of fossil fuel.

There has been a slow introduction of renewable sources of energy to society, but the vast majority of their potential is yet to be tapped into. Wind power is a particularly promising prospect; though it currently only provides around 4% of the world’s total electricity, research has estimated that it has the potential to produce 40x the amount of electricity currently used by the entire human population.

This enormous potential has been demonstrated by RS Components, breaking down precisely how many offshore wind turbines the world’s major cities would need, and how big those wind farms would have to be.

One example from the RS components infographic is that Toronto would require a total of 1,477 wind turbines to cover its power needs, meaning an offshore wind farm that covers an area of 1,521 square kilometres. Shanghai, on the other hand, would require a staggering 3,304 turbines over an area of 3,402 square kilometres. To put that into perspective, the world’s largest existing offshore wind farm is currently the Walney Extension in the Irish Sea, just off the coast of England. It is made up of 87 turbines and covers an area of approximately 145 square kilometres. This illustrates the size of the task if we want to reap the true potential of wind power, but it also specifically lays out the fact that it is achievable.

Current forecasts state that wind and solar power combined will account for around a third of the world’s total energy by 2040. This is a step in the right direction, but with the extent of the damage already done to our environment, there are many who think there needs to be more urgent efforts made to achieve these objectives sooner. With the research that suggests wind power alone could provide the amount of electricity the world needs 40 times over, there is a strong argument for the case that we are already way behind in the adoption of a technology whose potential has been known for years.

Wind farms harness the immense power of one of nature’s own forces to generate electricity without any harmful bi-products. In the UK alone, the carbon footprint of electricity generation is unacceptably high, and with viable alternatives to the burning of coal, gas and petroleum, there really is no excuse for this fact. Our need for electricity is inescapable, but that electricity does not need to be produced using techniques that are damaging to our environment.

The world is finally waking up to the need for sweeping changes to our lifestyles and the ways we utilise the planet’s natural resources. If we fail to make these urgent changes swiftly and effectively, we could be looking at greater consequences than just species dying out, sea levels rising and more volatile temperatures. The consequences could mean we are unable to produce the food and other precious resources we need to survive as a species, and loss of life on a massive scale.

We are destroying our planet, and the exciting technologies needed to stop that from happening are already available and waiting to be adopted on the scale that’s required. It is our responsibility to make the substantial changes that could save our planet, and the time to do it is now. If we get it right, then the future of our planet is a bright one. Wind power is not just a hopeless fantasy – it is a viable alternative, and we need to get behind initiatives for mass adoption now.