Wired vs Wireless: Which is Better for Office Environments? Hooking up your office and establishing a central network seems like a typical part of setting one up these days. There are many advantages that come with a networked office, not the least of which is the ability to cut down on how many devices you need to buy to function. However, there are always going to be a few questions that linger in the minds of the people who make decisions.

One particular question is whether you want to go wired or wireless. On the one hand, wireless networks seem to be all the rage, a new and shiny thing that can give the impression of being state of the art. On the other hand, there are those who argue for wired networks. Which of the two is better, when you look at things from the perspective of an office?

Why Network In the First Place?

First, let’s dissect why an office might look to establish a network. It could be internal-only or it could allow external access, such as to the internet.

The main reason any office would want to have all manner of ots LAN cable setups and server racks and what not is data. The ability to transmit, share, access, and analyze data across multiple devices and sites.

This means that people in different ends of an office (never mind different offices entirely) reduce the time needed to ferry files across departments. It means a single project is accessible by the people who need it at any given time, and that changes will reflect when accessed by anyone else who needs it.

Another advantage that networking an office provides is centralizing a number of functions. All critical files might be stored in a single data point, making them easier to access. Finding them is also much simpler. While this does open a few security issues, the centralizing and consolidation of the data add enough convenience to outweigh such concerns most of the time.

A wireless network has advantages that are unique to the format or style. The obvious benefit is that you don’t have to deal with physical wires as much. While there will still be cables, the number and density are cut down and you’re reducing the risk of tripping over or accidentally disconnecting something if you’re not watching where you’re going.

Wireless networks are also easy to reconfigure for new users and devices. Accommodation is simple and takes little effort, allowing for easier and smoother logistics. This is especially important if your office has a large number of portable devices involved, such as tablets and smartphones. However, it is still relevant even if you only have traditional desks and workstations.

Why Not Go Wireless?

There are also problems associated with wireless networking, with security being the biggest issue. Wireless networks are the most exposed type. You can maintain security standards if all devices accessing it are owned by the company, but this changes once personal devices are in play.

Wireless signals are also slower. While this might not matter for small files, it is absolutely an issue for much larger amounts of data. If you share files on a local network, you will see performance drop. This can be problematic in a variety of situations, and even more so if the network has a problem while in mid-transfer.

Why Use Wired Networks?

A wired network, with lots of running LAN cables and connections, has greater data speed. Rather than a wireless signal, data comes and goes through wires. The transmission speeds are largely more stable and at much faster rates. This can make using database software much smoother and less frustrating.

Wired networks are also better-secured. The physical wires allow for better control and reliability, even if they aren’t seen as more advanced. To get access to a wired network, someone attempting to hack into it would need to either use an approved terminal or tap the wires themselves. This makes it much harder to access data without permission.

Keeping wires also means that non-essential traffic is minimized. Users or devices without authorization can’t jump onto the network. While small tablets and phones won’t be usable anymore, wired networks tend to create more productive environments provided that they’re not too restrictive. The office has more ability to lock out access to certain things, or even the option of being strictly internal and having no access to the outside.

Wired networks have one major detriment: the physical wires. These can sometimes be an issue, whether as office clutter or the risk of them generating interference with each other in close proximity. Sometimes they might also cause careless people to trip or accidentally pull something out.

In the end, a wired network offers better security and speed, along with stability and consistency. This can be a major consideration over the snazziness of a wireless network. While it is ultimately the choice of the office itself, going wired is often the better move in this scenario. It just offers something that the average business wants more than ease of accessibility. 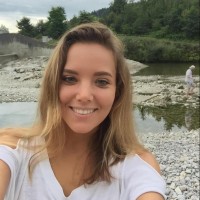 Erica Silva
Erica Silva is a blogger by choice. She loves to discover the world around her. She likes to share her discoveries, experiences and express herself through her blogs. Find her on Twitter:@ericadsilva1