The Green New Deal and 21st-Century Sustainability: How You Can Help To Combat The Effects of Climate Change At Home And In The Workplace? In the wake of the 2018 U.S. midterm elections, everyone seems to be talking about climate change and the environment, and the word of the day is Green.  Democrats have retaken the House of Representative in what some view as a landslide victory, or what some are calling the Blue Wave (referring to the common practice of attributing the color blue to Democrats, in contrast to Republican red). Many of these newly elected representatives are young, idealistic and vocal proponents of dramatic measures to counter the effects of climate change.

The Green New Deal, a decade-old initiative with a focus on the widespread implementation of green and sustainable technologies, is the rallying point for many of these new representatives and their supporters.  The Green New Deal is basically a job bill that is designed to put hundreds of thousands of mid-to-low skilled employees to work at redesigning the U.S.’s infrastructure. While its primary focus is labor, it is framed through the lens of environmentalism and as a response to the challenges presented by climate change.

The name of the initiative is inspired by history. Amidst the early 20th-century Great Depression, the worst economic crisis in the history of the United States, then-serving president Franklin Delano Roosevelt, commonly known as “FDR,” implemented a massive series of public programs between the years of 1933 and 1941 to stabilize the economy and stimulate growth.

That series of programs, known as “The New Deal,” involved a variety of economic and social measures, such as the establishment of the Federal Deposit Insurance Corporation (FDIC) and the Social Security Administration. The New Deal is best-known for its public works programs, however, which resulted in the creation or improvement of nearly a million miles of highway, airports, bridges and public buildings.

Those measures and programs not only pulled the U.S. out of the Great Depression, they also laid the groundwork for the modern infrastructure of the country, which helped to contribute to its success as a global superpower in the 20th century.

Many of the problems that the Green New Deal seeks to remedy are specific to the U.S. alone, such a lack of jobs that provide a living wage for low-skilled workers and a growing inequality and social inequity as the class divide deepens in the nation. Along with addressing those matters, the Green New Deal is also structured to mitigate the critical planet-wide concerns associated with climate change and the global catastrophe that threatens if action is not taken to counter the negative impacts that modern society has produced for the environment.

“Critical” and “catastrophe” certainly seem like strong words, but they are appropriate when describing the situation. The common consensus in the scientific community is that the effects of climate change are quite dire.  The most recent reports assert that the planet will cross the line of no return by 2030, and a failure to counter the effects of climate change- or at least to begin trying-before then will result in truly catastrophic results.Things like widespread drought, famine, flooding, super storms, the loss of critical food sources and the pushing of 100 million people into extreme poverty are some of the potential consequences of climate change inaction.

This represents a pretty scary scenario, doesn’t it? It sounds like the kind of thing that you’d read in adystopian novel.  It is the sort of story that Hollywood would turn into a summer blockbuster, allowing people to watch images of the world falling apart while they sit comfortably in a movie theater, munching on popcorn.

This is not a fictional scenario, however. This isn’t the fodder of a cheesy sensationalist tabloid rag; this is solid and credible material that is being revealed by the world’s leading scientific minds.  The credibility of the information makes it clear that the problem is real and represents a threat to everyone on the planet.

That’s the bad news: that the threat is real.  But the good news is that the damage is not irreversible yet; we have not yet crossed the point of no return.  If people are willing to support and participate in sustainable methods, we can help to contribute to the countering of these frighteningly negative consequences of climate change.

On a wide scale, supporting initiatives like the Green New Deal make the most difference because they involve holding the government and large corporations accountable for doing their part. Since corporate impacts far exceed that of regular citizens, it is of the utmost importance to have their involvement and compliance in adopting green technologies and practices.

Lending your voice to the movement and letting your representatives know that you back the Green New Deal and other green initiatives is an easy way to make a meaningful difference. If enough people speak up, the politicians will have to listen.

There are also direct measures that you can take on an everyday level to help. Embracing more sustainable habits and a greener lifestyle contributes to the effort to reduce emissions and avoid injecting more harmful waste into the environment.

As a great deal of harmful environmental damage comes from the consumption of fossil fuels, reducing your use of them has an immediate and positive impact. If you can walk, ride a bicycle or take public transportation instead of driving your gasoline-burning vehicle, you should consider doing so. If you have the means to do, trading in your old gas guzzler for a hybrid or electric vehicle represents a tremendous contribution to cleaning up the planet.

Avoiding single-use plastics (like water and soda bottles) also makes a huge difference, as these require a significant amount of fuel and energy to manufacture and transport. Those items then end up tossed away, clogging up landfills- and even our oceans- with non-biodegradable plastic pollution. Materials that are non-biodegradable never break down or disintegrate; the water bottle at your elbow will still be on this planet when your great-great-great-great grandchildren are considered people of the ancient past. If you cannot give up single-use plastics, then you should at least be recycling them.

In fact, you should recycle as much household waste as possible, even food. When some of us were kids, we were told not to waste food: “think of the starving children in X,” our parents said, with the X being whichever country was receiving the most news coverage for famine conditions at the time. Of course, your food waste doesn’t truly have an impact on famine conditions in other parts of the world, but it does have an energy impact, as well as an economic one, in your life. When you waste food, you then need to make more trips to the grocery store, which burns gasoline. Those stores need to be restocked more often as a result, and grocery items are typically delivered in huge trucks.  If you think that your car burns a lot of gas, imagine how much fuel an 18-wheeler requires!

There are a ton of resources out there with helpful hints for embracing a greener lifestyle, such as this list by the Center for Biological Diversity. It’s worth looking into them to see where you can make a positive difference by modifying a few of your habits.

It Doesn’t Stop At Home

Exploring ways to adopt more energy-efficient practices beyond your home is also a useful measure. One area that is often overlooked when thinking- and acting- green is the workplace. This is a surprising fact because many company environments produce a great deal of waste, particularly in terms of paper and plastics.

There are some great resources availablewith ideas for greening-up your workplace, such as this “Five Ways HR Can Support Environmental Sustainability” list.  It’s a particularly useful resource because it reminds that ignoring the power of the group dynamic represents a wasted opportunity for making a wide contribution. Embracing changes in habits is often easier when you’re not going at it alone (think of how it’s easier to stick to a fitness program is you have a workout buddy) and getting your workplace team onboard with a company-wide sustainability initiative exponentially increases the positive effects of your actions.

Whether we like it or not, we are facing a real and tangible threat to civilization as we know it as the consequence of unchecked climate change. By supporting initiatives like the Green New Deal and adopting new habits at home in the workplace, you can make a difference in preventing that catastrophe. 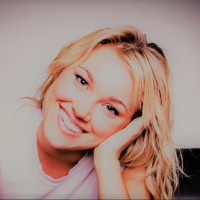 Rachel Oliver
Rachel Oliver is a content writer, who is known to weave magic with words. A versatile writer, she can wax eloquent on any topic under the sun, though her expertise lies in the genres of agriculture and farming, sustainability, recycling, green living and etc.