With stories continuing to emerge of record polar ice melts and increasing emissions, positive action on climate change has never been more pressing. Yet the United States, one of the world’s largest countries and most prominent polluters, has performed a policy U-turn at federal level. The current government hasn’t just expressed doubt over climate science; it’s actively rolled back protections and shifted focus to the production of dirty energy.

Thankfully, the signs are that American businesses and localities aren’t paying this too much heed. While many have come around to the ecological benefits of green business, they are increasingly seeing the economic potential, too. Businesses across the country, from red to blue states, have seen that being environmentally conscious isn’t just a way to win over an audience or save the planet: it makes good business sense.

Rolling back the years

It perhaps goes without saying that the evidence for human-assisted climate change has never been stronger. But the effects have also never been worse. New evidence suggests the polar ice caps are melting three times faster than was anticipated, contributing some 219 billion metric tons of water to the oceans each year. That’s enough to raise the overall ocean level by around 1mm – or alternatively, to submerge Texas up to 13 feet.

This is an obvious concern to the many low-lying areas in the United States and around the world. Florida is seen to be at severe risk from rising tides, while California could lose the mountain snow that fuels its freshwater consumption. Yet the decisions by the current administration seem to fly in the face of accepted logic and have gone against many of the protections afforded by prior administrations.

The head of the Environmental Protection Agency, Scott Pruitt, has come in for particular criticism. Under his watch, the EPA has slashed funding to many of its offices, committed to review more than 50 regulations, axed over 800 staff, removed a dozen scientists from its advisory board and repealed the Clean Power Plan. He is now working to repeal the Clean Water Rule, and has been embroiled in several scandals, including spending millions of dollars on security details and first-class flights.

With the official line backing fossil fuels and voicing skepticism about climate change, it would be easy to think that America’s businesses and local governments might regress, too. But the signs are that opinions have shifted more or less across party lines, and that progress continues – if not unabated, then certainly unconcerned. Nowhere is this better epitomized than the efforts of the U.S. Climate Alliance, a group involving 17 governors and representing 40% of the U.S. population.

Much of the opprobrium over climate conscious policies has centered on their supposed economic impact and the idea that being green is an impediment to business – that eco-friendly policies serve to make American businesses more competitive. The governors only have to point to statistics to refute this: their states are reducing emissions faster than the rest of the country and are also expanding their per capita economic output twice as quickly. Climate and clean energy related investments have created 1.3 million jobs and contributed billions to a collective $9 trillion economy.

What’s important to note is that the states taking advantage of clean energy and green business frequently cut across party lines. Deep red state Texas is the country’s largest producer of renewable energy, while Iowa, Oklahoma, Kansas, North Dakota and South Dakota all top the charts for the highest proportion of total energy consumption generated through renewable sources.

Wind and solar power are historically cheap, while the development of efficient battery storage technology is eliminating the issue of downtime in production. Americans opinions have changed too – 74% now believe climate change is caused by human actions, and 68% are highly conscious of the issue and their own carbon footprints.

When a California based solar panel manufacturer defaulted on a $500 million loan in 2011, critics railed against the renewables industry. Yet the state persisted, and continued to incentivize green tech. The Self-Generation Incentive Program (SGIP) made $80 million available to new low carbon energy projects; this amount has recently been doubled, with a large proportion designated to energy storage projects. Between 2008 and 2015, California saw over $20 billion invested in renewable power plants.

Electric car maker Tesla also remains the state’s largest manufacturing presence. Electric cars are popular in California, not least because of the state’s stringent emissions laws. Their proactiveness has been seen as a major factor in California’s reputation for green tech innovation: Silicon Valley alone leads the country in green tech patents and clean vehicle rebates. Two thirds of all clean tech investments in the country went to California, making it an increasingly popular destination for transport tech and manufacturing firms.

Cleantech, once an industry of big promises and meagre rewards, is making a significant comeback. The $92 million fund Congruent Ventures is only the most recent of many programs across the country: others include the billion-dollar Bill Gates funded Breakthrough Energy Ventures, Green Bay Ventures, and 1955 Capital, a fund aiming to create cleantech partnerships between the United States and China.

The excitement isn’t limited to Silicon Valley, however. Numerous states have seen the realities of climate change hitting home and spy an opportunity to gain energy independence and establish new, forward thinking economies. Georgia is a particular success story, with utility companies driving a fivefold increase in solar power over just five years; this has occurred in spite of unsupportive state policies and has driven down costs for both the business and citizens. And Maine is seeking both to protect itself from the effects of climate change and reap a few potential benefits, with trade routes opening up to Nordic nations.

Green businesses are ultimately predicated on developing technology, and its these technologies that are driving economic growth. The economic reality is increasingly impressing itself on the average Joe too, with studies suggesting that a substantial rise in clean energy production could lower wholesale prices by more than 25%. With solar, wind and other technologies getting cheaper by the day, and cleantech startups hard at work, businesses across America will hope to limit the impact of their administration. 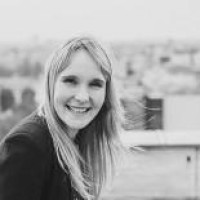