Joan Didion described the Santa Ana Winds in an essay as, “… a hot wind from the northeast whining down through the Cajon and San Gorgonio Passes, blowing up sand storms…, drying the hills and the nerves to flash point.” The winds are the stuff of legends, especially in a town that capitalizes on pop culture mythology. However, the Santa Ana winds are real.

The Santa Ana winds are strong wind currents that sweep down from the mountains and bring hot dry weather. Typically, they occur in the fall but can arise in the other seasons, too. They’re known as “devil winds.” To ensure the safety of schools and businesses during this time, it would be in ones favor to look into meteorological station equipment for it records environmental information that is crucial during harsh weather. Here are five conditions which occur due to the Santa Ana winds and information on being prepared.

The Santa Ana winds can exceed 40 miles per hour, causing damage on their own. Outdoor equipment should be brought in or secured.

The warm and dry conditions can create a drought in areas that already don’t get significant rainfall. The Santa Ana winds will increase temperatures along the coastal region, making it hotter in the fall than in the summer.

Fog is generally formed when a hot air mass meets a cold air mass. Low visibility caused by ground fog can create problems when driving. It can envelop the city quite quickly.

Prepare for Santa Ana winds by installing weather stations from Earth Networks. Contact us for more information on how you can be prepared for any type of weather conditions that could interrupt business. 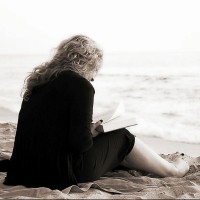