Norway Relies on Drones as Waste Accumulates in Fjords Norway produces yearly more than 400 kilos of waste per inhabitant. In 2017, the volume of household waste was estimated at approximately 1,000 tonnes. Regardless, for the last five years, the volume of waste generated by Norway was maintained at approximately the same level. In spite of this fact, Norway’s fjords are filled with debris: from household waste to unwanted vehicles let to “die”. As the municipality was growing in concerns with these matters, Oslo’s Port Authorities decided in early March 2018 to test out a new waste removal strategy – relying mainly on technology: drones. Svein Olav Lunde, the chief technical officer of the Oslo Port Authority, details how this technology will be used to clean the debris that damages Oslo’s fjords. Drones will be used to reach the depths of these geological forms and an electrical crane will follow and gather the waste. Oslo will become this way the first European city with such an initiative in regards to waste removal strategies.

Dolphin carcasses trapped in plastic. This is an image that nobody can ignore and forget too easily. Especially environmentalists. This, combined with the trash that “decorated” coast of Oslo had a big impact on all media in Norway and numerous movements started. From small groups on social media to a municipality initiative, was a short journey. Plastic waste seems to be the real issue in Norway’s case. And this resonates greatly with population’s view on the coastline as an archetype of natural, untouched beauty. But politicians seem to be equally receptive to the issue and show willingness to solve the real problem that appeared during the years. For decades, Oslo is battling environmental issues. So, recently a plan of eliminating the usage us cars in the city center as well as a ban on oil for heating purposes was proposed. By 2020, these laws are going to enter in effect. When did Norway’s environmental issues begin?

Industrialization seems to always be the root of these matters. Thus, Norway’s environmental issues began with the industrialization and knew a dramatic accentuation during the ‘70s, with the oil boom. Mining waste, home debris waste, industrial waste, even food and beverage waste have changed dramatically the landscape and neighbouring waters and fauna.

But many of these industries assure workplaces for the entire population of Norway. Without the mining industry, for instance, there will be plenty of jobs lost as the vast majority of the inhabitants have their workplaces there.

Solutions are emerging – How could the issue be prevented?

Waste disposal is a matter that has to be urgently addressed in all areas of a society. However, the manufacturing industries and the service industries have to be those areas in which proper waste collection, management and disposal strategies should be developed and implemented. Especially in Norway, where the volumes of waste generated by these industries is enormous, proper disposal methods that don’t target land field or coast have to be found. But first, businesses have to find suitable solutions to compact and then dispose of their waste. The experts at this webshop claim that balers and compactors would be the most suitable for those companies who want to accomplish such goals. But nonetheless, using friendlier supplies might contribute to decreasing each businesses’ footprint on the environment. Also, making sure that businesses follow all the safety and recycling standards is another requirement should be followed by all enterprises, regardless of their dimensions.

Minimal waste management and supply efficiency can be accomplished by intelligent investments. Waste balers are a reliable solution for a variety of businesses as these can compact to incredibly small dimensions all sorts of supplies and waste materials, from cardboard to tins. Besides helping businesses tackle environmental issues, balers and comparators can contribute to decreasing the costs associated with waste recycling and disposal. As this type of equipment is making it possible to fit bigger volumes of waste in the same containers as previously, the contract with the recycling company can be cut to half, in most of the cases.

A circular economy pattern can also contribute to reducing the waste. At an EU level there is available an Implementation of the Circular Economy Action Plan. As of 2018, the main focus falls on the role of plastic in a circular economy strategy, and the way in which plastic is used in diverse businesses. Equally, the plan proposes businesses regardless of their nature to reconsider the way in which they use plastic and propose a gradual elimination of it from the manufacturing and packaging processes. Also, a virtual space called the Circular Economy Stakeholder Platform was established as a decision of the European Commission. The main role and goal of this platform are to facilitate the dialogue and negotiation between European stakeholders. Also, the platform should provide all the necessary resources for the interested parties, for a functional and proactive process to accomplishing a circular economy system.

Meanwhile, the BlueEye underwater drone will be helping the Norwegian authorities to clean their coastline and breathtaking fjords. The demonstrations already took place at the end of this February and the drone already uncovered the relics of a bicycle. Without any trace of a doubt, this initiative will help the authorities save time on tackling the waste matter and act with more precision. The fjords will hopefully be preserved for the future generations and the future tourists, as Lan Marie Nguyen Berg, vice mayor for the environment and transportation in Oslo claims. Nonetheless, Norway remains the first country with a similar approach to waste removal. 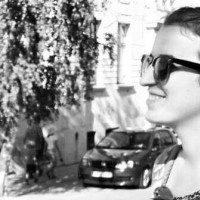