Solar on the Horizon: 20 Years into the Future To predict the future of solar, we must first look to the past. Solar power has grown exponentially over the last 20 years, with an average annual growth rate of 68%. Evidence suggests that growth will continue, possibly well above projections. Dropping costs, advancing technology, and solar friendly incentives and policies have all encouraged this rapid rise in solar energy. Despite this, forecasting solar power’s future is difficult because it depends on uncertain principles such as government incentives, carbon pricing, technological advancement rates, and the emergence of other disruptive energy technologies. Yet, from extrapolating current trends in solar power growth and technological advancement, we can build a pretty good picture of what the next 20 years will bring.

It is possible, though unlikely, that the exponential growth of the past decade will continue, leading solar power to represent almost all new electrical capacity added. We can say with certainty that solar power will be much cheaper in 20 years, and this will lead to increased adoption. Forecasts suggest that solar energy costs will decrease 66% by 2040. This is expected to coincide with solar and wind leading growth in the energy sector, accounting for about 66% of added renewable capacity by 2040. Other predictions expect solar power to provide up to 50% of all electricity. Rooftop solar is also expected to decrease in price and expand, accounting for 5% of electricity in the US by 2040. It is entirely possible that within the next 20 years, we will see solar power overtaking fossil fuel as an energy source.

20 years of growth will be enabled by 20 years of advancing technology. Let’s examine possible breakthroughs based on ongoing research and development and see where solar advancements will come from.

Most important improvements made to solar technology will likely be improvements on what already exists. Engineers and researchers will continue to optimize solar panels, increasing efficiency, increasing durability, and reducing cost. We may see the high-efficiency solar panels used primarily for spacecraft brought down to affordable prices.

New technologies will enable further developments, as well as diversify possible applications for solar power. Currently, solar power producing cells are made almost exclusively from silicon. New types of solar cells pioneered today will be available commercially in the future, expanding solar panel choices. 3D printers will build cheap, durable solar panels made from carbon nanotubes. Glass incorporated with manganese ions that separate out high-energy solar light particles will be used to create efficient solar windows for buildings. Most promising of all, perovskite crystals have the potential to revolutionize the solar panel over the next 20 years, completely disrupting the silicon solar panel technology. Perovskite can attain efficiencies close to silicon solar panels, but are cheaper to collect and process. Once researchers are able to prevent the perovskite crystals from degrading, large scale manufacture of perfect crystal lattices will bring in a new generation of cheap solar energy.

As solar panels continue to develop, currently unfeasible technologies can become commonplace by 2040. From solar roads that fuel the booming electric vehicle industry to versatile photovoltaic paint that can be applied to any variety of surfaces, technological advancements will change solar power in ways beyond efficiency or cost. Advancements in storage will accompany new solar technologies in the coming decades, with improvements and developments in batteries and the introduction of solar fuels. By storing solar energy as molecular bonds, solar fuels will either be used as carbon-neutral burnable gasses, or as rechargeable substances like batteries. Increases and diversification in storage capabilities will allow solar to be better integrated into power grids, or transported and stored like fossil fuels.

Perhaps more interesting in changes to solar technology will be the changes in how solar power is used. As solar power grows in the next two decades, more people than ever will have access to cheap, climate friendly energy. Some trends are easy enough to spot – booming solar energy will synergize well with the growth of the electric car industry. Indeed, solar roads may charge electric cars on the go.  Similarly, with cheap electricity displacing oil and gas, electrification of technologies from gas heating to chainsaws will be used an emissions-reducing technology. This shift to electrification is the second step on the path to decarbonization.

As energy production becomes democratized through cheap solar power, the number of homeowners with solar powers forming microgrids will be more common. With users able to produce energy while feeding into the grid, solar will act as a built-in resilience measure, allowing islands of power to stay up when disasters bring down the power grid. Interaction with utilities will fundamentally change, with users becoming partners rather than consumers, and with energy being shared or sold by microgrids on online marketplaces.

Overall, the future of solar energy is bright. It is likely to continue to grow to be a vital part of a carbon-neutral future, if not disrupt the energy market entirely. This cheap clean power will be fueled by scientific advancement, and permit diverse uses of its electricity in ways beyond prediction. The next 20 years will be paved by advancements in application and technology, and lead to a carbon-neutral, electrified future. 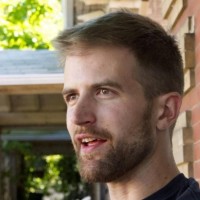