On June 6th and June 8th, the Federal Wildlife Service will be holding two public hearings regarding the fate of the last remaining red wolves that were reintroduced to Dare county’s Alligator River Refuge.

The howl of the red wolf heralds very different responses from the residents of eastern North Carolina. To some, it signals the return of a species that man has driven to the brink of extinction, to others it symbolizes the encroachment of these animals onto  private land, and the decrease of prey in thewoods. The world’s entire population of red wolves currently lives in areas in and around Dare county, the journey to find them a home began almost five decades ago.

Up until 1970’s, the red wolf could be found throughout the southeastern United States. Their range stretched from the Atlantic coast to Louisiana and Texas. The wolves thrived in coastal prairie and marsh habitats that provided them with a variety of prey animals, including white tailed deer, rabbits and rodents.

Throughout the 20th century red wolves were unreservedly hunted. They were seen as a menace to farmers, and a threat to the local populations. As the agricultural industry developed, the wolf populations were further decimated. Their homes, in the coastal marshes, were drained, and dams were built, flooding the areas they escaped to.

A New Means of Survival

In 1975, it became clear that the only way that the wolves were going to be able to survive the onslaught of human expansion was to capture as many of the animals as could be found, and secure them within a captive-breeding program. Forty red wolves were located and captured. Many were infected with disease, and weak from generations of inbreeding. The Red Wolf Captive Breeding Program, with the Point Defiance Zoo and Aquarium was established. In the program, the wolves were able to live and breed without the threats that would have faced them on their limited home ranges. The numbers doubled and in ten years, in various institutions across the country, there were 80 red wolves.

The next step for these facilities was to find a way to release the animals into the wild. It was the hope that an area could be found in which they would be able to regain the foothold they had been losing for decades. In the mid 1980’s, 42 wolves were reintroduced into their native ranges in North Carolina. The area selected was Alligator River National Wildlife Refuge in Dare County. Today, the only wolves that live in the wild are those at Alligator River. The rest remain in breeding facilities.

The experimental population of wolves, or as it is referred to by the Fish and Wildlife Service, NEP (non-essential experimental population), was in some ways managed very effectively. The wolves were fitted with radio collars, and vaccinated against the most virulent diseases. They were given veterinary care, and the packs were tracked as they traveled throughout Alligator River.

Problems arose though, as the new wolf population started interbreeding with the native coyotes. This created what are effectively known as super coyotes, and many were sterilized in an attempt to keep the populations separate. The red wolves were only just beginning to grow in numbers and strength when the people of Dare, and the surrounding counties, spoke out.

A Battle for Land

In early 2015, many North Carolina residents had had enough. Wolves had been extending their range, traveling deeper into private lands. It was claimed by a North Carolina resident Jett Freebee that they were “damaging [his] land by preying on the deer, rabbits and turkeys that he [liked] to hunt there.” He also states that the attempts made by wildlife officials to scare the wolves off his land [had] been ineffective.

In January of 2015, a document was published by North Carolina’s Wildlife Resources Commissions asking the federal government to end the experiment and declare the red wolf extinct in the wild. They cite the fact that the red wolf genome, now that the wolves had bred with the native coyotes was questionable. They were continuing to roam, and “increasingly [impacting] land-use options.”

In June, the U.S. Fish and Wildlife Service (FWS) announced they were not going to be terminating the program. They instead had come to an arrangement in which they would be working closely with the North Carolina Wildlife Resources Commission to gather additional data on the state of the NEP, including the long term viability of the project. Until the program could be properly examined, the reintroductions were halted. The FWS hoped that through the combined efforts of the two organizations that they could be effective in creating a last change for the remaining red wolves.

A Chance at Survival

The FWS, working alongside the Wildlife Resources Commission found that the management of the NEP was “unacceptable,” and as a result of these findings, a revisions to the original NEP is currently being considered. As stated in an outline posted online by the FWS, the revision being considered will outline the possibility of managing the NEP and captive breeding populations as one larger meta-population. This would allow for individuals to be moved in and out of captivity. It is the hope that this management style would allow for populations to be even more successful. The wild wolves, when brought back into the breeding facilities, would insure that those in captivity maintained their instinct and behaviors.

It is also claimed that this new program will improve the genetic health of the captive-breeding program and provide a better pool of animals for continued behavioral, as well as genetic research.

The wolves of eastern North Carolina are still being hunted down, in December of 2016, a red wolf was shot in Pocosin Lakes National Wildlife Refuge. This may be the last chance the red wolves have to maintain some limited claim on the lands they once roamed uninhibited. Each day could be the last for these remarkable animals that have lost so much.

The hearings considering this matter will be held on the following dates and times:

Directions for submitting comments may be found at regulations.gov 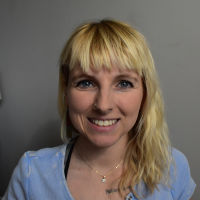