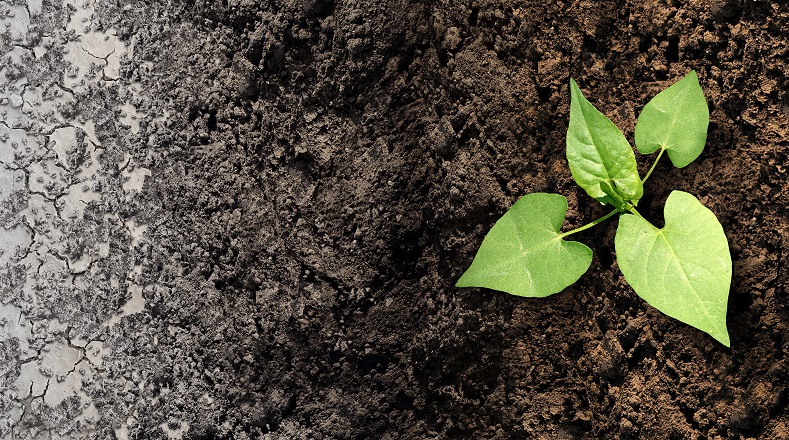 Climate change cycle as a dried or dry cracked land suffering from drought turning into rich moist organic earth with a growing young plant as a composite.

Today, severe weather events are becoming a part of the so-called ‘new normal.’ Natural weather phenomena that were previously rare circumstances are now more ordinary. So, what may have caused these to occur?

Rapid changes, which are fueled by human activity, in the global climate are the main contributors to extreme weather conditions across the world. And these human activities include but are not limited to deforestation, burning fossil fuels, pollution, and overpopulation.

These human activities increase the amount of carbon dioxide present in the atmosphere. Carbon dioxide is a greenhouse gas—like methane—that traps radiation from the sun inside the Earth. Once it’s trapped, the temperature on the planet will begin to rise. That surge in the global temperature is making climate disasters much worse unless humans stand up and take action.

The worsening of weather conditions due to climate change impacts many industries all over the world. It calls for creating a strong severe weather risk management plan, which is crucial in keeping your community and organization safe.

Below are the severe weather events that are becoming more and more prevalent due to climate change. Be sure to understand each one to create an effective disaster risk management plan. 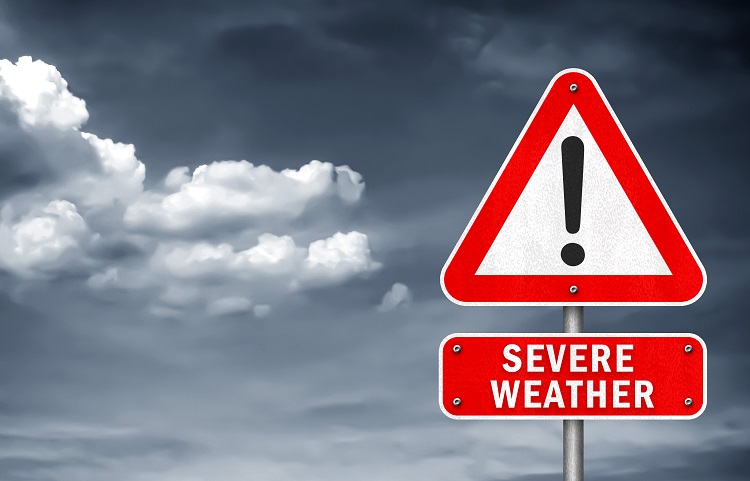 In the western side of the United States, wildfires are a common part of life. However, as the temperature in the region increases, wildfires are becoming more ferocious, large-scale, and fast-moving than ever.

In the past few years, the state of California has experienced extreme meteorological turmoil. Its temperature grows hotter, and everything in sight becomes drier. These occurrences have caused seasonal high winds—Californians call this ‘Diablo’—which causes the wildfires to spread much faster at an unrivaled rate.

In 2020, wildfires in California had burned around four million acres of land. It is much larger than the state of Connecticut, making it one of the biggest fires in history. It’s also worth noting the most destructive wildfire in the history of all wildfires—the Camp Fire of 2018—which has claimed 68 lives.

And this isn’t just about California or the entire United States. Wildfires rampage in many countries, such as Australia, Spain, the United Kingdom, Turkey, and Russia, forcing millions to evacuate their homes. Also, experts warn that massive drought will cause and boost wildfires in the future.

With the rise of global temperature, the highest temperatures—as well as the number of regions affected by extreme heat conditions are also increasing. It only means one thing: more and more places will suffer from blazing and sweltering hot days.

A good example would be the cities of Houston and Austin in Texas. In the last 50 years, some parts of Austin have experienced a temperature increase of 100F in a single month. On the other hand, in Houston, some months are over 95F.

Extreme heat conditions demand more air conditioning systems, leading to excessive carbon pollution and rotational blackouts due to a lack of energy supply. Also, it increases the risk of contracting various diseases and illnesses, especially for those vulnerable.

Higher temperatures often lead to persistent dry conditions. And when temperatures across the globe increase, moisture in the soil and shallow bodies of water evaporates. In the United States and other parts of the world, drought has become worse and more enduring due to climate change.

In fact, western US regions are currently experiencing and battling a super drought—one that has never been experienced in the past 1,200 years. Most parts of the west are facing severe drought conditions right now.

As the global temperature increases, the amount of water evaporates in the atmosphere. That means the atmosphere will have more supply of water vapor, causing it to produce stronger hurricanes, heavier rains, and more violent snowstorms.

Like dry regions that become drier due to increasing global temperatures, those that have been historically experiencing heavy rainfalls will only get much wetter. In 2018, the amount of rainfall broke a record with 36.2 inches of average precipitation in one year. This is six inches higher than the previous average and will continue to increase as polar ice caps melt and temperatures increase.

Although rapid changes in the global climate cause the temperature to rise, that doesn’t mean the winter seasons will start to end. In fact, it’s the other way around. Instead of shorter and calmer, winters have become more intense and terrifying, leading to extreme frost.

This unnatural disaster is most likely due to climate change. As the atmosphere heats up, the water vapor trapped in it increases. That means heavier precipitation that may transform into severe blizzards when temperatures begin to drop.

Another factor worth considering is the warming of the Arctic region. Experts believe this phenomenon disrupts the polar vortex and weakens the jet stream. The polar vortex is an area of low air pressure and winds around the North Pole, and when this area breaks, freezing air will escape in the form of extreme winters.

In 2021, great blizzards devastated the state of Texas, leaving more than four million homes in unearthly freezing conditions. It has resulted in the loss of a hundred individuals and damage to up to USD$295 billion. Also, the situation has caused insufficient power supply due to high energy demand for heating purposes.

Aside from heavy rainfalls and hurricanes, rising sea levels may also cause severe flooding. As the temperature rises, ocean waters become warm, which causes polar ice masses, glaciers, and ice caps to melt. It adds water to the world ocean, causing sea levels to rise and flooding low-lying areas.

In the last 150 years, the average sea levels worldwide increased by eight inches. Currently, states in the Atlantic region, along with the Gulf of Mexico, are facing a rapid rising in sea levels, which causes record-breaking rainfalls and devastating flooding.

Climate change is the main reason severe weather events are increasing. Thanks to harmful human activities, which include making pollution, deforestation, burning fossil fuels, etc. So, do everything you can, even in your little ways, to prevent these rapid changes in the global climate to protect the planet and everyone in it.