Extreme weather conditions in Pakistan due to climate change

Pakistan is considered one of the disaster-prone countries in Asia. Natural disasters such as Droughts, Floods, and heat waves have become common in the country. Among these, floods have been recognized as the most severe form of natural disaster

According to the International Monetary Fund (IMF) Report of 2015, Groundwater resources in Pakistan are very limited which has already been reduced from 5,600 m3 (at the time of Independence 1947) to 1200 m3 (per Capita). Due to the low availability of water, the frequency of droughts had been higher in the region of Baluchistan and Sindh, according to climate data. Millions of hectares of the country’s land experience an annual rainfall of less than 30 mm, and some hectares of land which is suitable for agriculture are subjected to wind and water erosion, waterlogging, loss of organic matter and salinity. Several other severe episodes of droughts were recorded in 1967–69, 1971, 1973–75, 1994, 1998–2002, and most recent 2009–15.

At one time Pakistan faced severe drought conditions due to extremely low rainfall which caused extreme famine conditions affecting 3.3 million families, and at other times country faced the most destructive form of floods. Several factors are responsible for the vulnerabilities of shifts in climatic conditions.

According to the Fourth Assessment Report on climate change of the Intergovernmental Panel for Climate change (IPCC) and Copenhagen Conference on Climate Change 2009, “Glaciers have been the most visible indicators of Climate Change”. The northern part of Pakistan occupies glacier in the range of Karakoram, Hindu Kash, and the Himalayas covers around 13,680 Km2 which represent around 13% of the mountainous regions of the upper Indus Basin.

The study of glaciers provides the basis for climate change and global warming. Glaciers are receding and wasting at a global level, which shows the sign of Global warming. On the other hand, it has also been reported that in some cases glaciers are not wasting or receding but the pattern of snow melting and feeding capacity has been increased with the passage of time which is the root cause of Hazards. According to the Government of Pakistan, the global mean temperature due to global warming is expected to increase from 1.5oC to 6oC by the end of this century, and these changes are responsible for a discernible increase in floods, storms, forest fires.

Some glaciers in Pakistan are growing due to rapid change in seasonal variations and summers and winter seasons are becoming shorter. The major sources of fresh water in Pakistan are glacier, upon which almost 50 million people are dependent, and changes in glaciers definitely affect the population. The bulk of glacier melts coincide with the monsoon rainfall increasing the risks of floods hazards. Climate change in the Indus basin is not uniform; the temperature increase in both summers and winters will be higher in the northern part of Pakistan as compared to the southern part of the country and these changes are the cause of variability in monsoons adding water-stressed conditions in the arid and semi-arid region of the country. 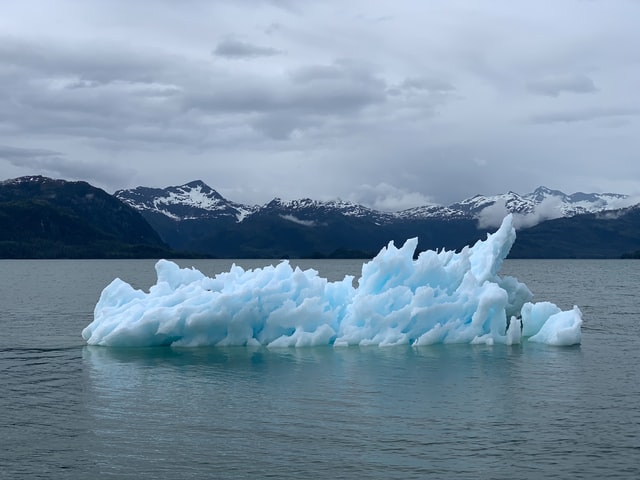