The modern western world can be characterized in many different ways, both good and bad. However, for better or worse, there is one fact about our civilization that’s simply undeniable: We have a lot of stuff! Of course, where there’s stuff, there’s junk. Every item you buy from the grocery store comes in some type of wrapper, and everything you order to have delivered comes in a box. The vast majority of things we buy end up having waste that needs to be discarded. Even things that aren’t trash, like pieces of furniture and mirrors and fixtures, end up becoming junk eventually So, the fact of the matter is that the more stuff we have, the more junk we produce. Where does it all go? 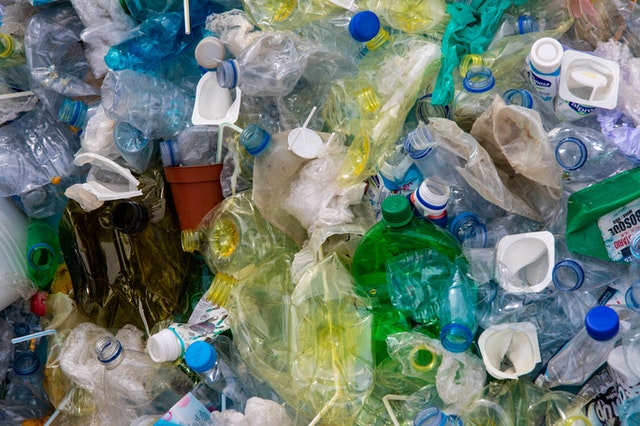 There are all sorts of landfills and recycling facilities, and other waste-disposal areas around. You will probably never see them, which is the idea, but the professionals who remove junk know where they’re at. Junk removal companies like The Junk Movement are experts at hauling your trash away in a manner that will not negatively impact the environment. This leaves a lot of people wondering about the price of such services. Is garbage removal actually free? Let’s look into this in some more detail below.

The Cost of Removing Junk

A lot of people are sure that junk removal is actually free until they take a look at that utility bill they have to pay. Why do they have this notion about garbage removal? It’s because they’re thinking solely about the province’s municipalities that haul the junk away with the “trash men” who show up on their trucks. However, you still pay for this through a monthly utility bill. That bill includes water, sewer, electricity, and things like garbage removal. So, to be clear, it is not free by any stretch.

What about private businesses handling third-party junk clean-up? Of course, that’s not free either. You will be paying more than what you pay on your utility bill for a private company to haul your garbage away. However, there are a lot of benefits in hiring a service, like the fact they will take things that the garbage people will not, and you can get them to show up on your schedule. They also deal in harsh and dangerous waste removal jobs, which the municipality will not.

Let us reiterate that none of this is free. Not even close. While it’s also not overly expensive, you will still be paying a moderate fee to have this sort of job completed. Here is some information on how these garbage removal companies figure out what to charge you for a clean-up.

How Charges are Calculated for Garbage Removal

The Size of the Load

The first aspect considered when charging you for garbage removal is the size of the load. By this, we mean how much of their truck that the load is going to take up. If it’s basic garbage, the companies really aren’t interested in what it is. Whether it’s old kitchen chairs or bags of banana peels, they’re going to charge you according to the space it consumes; e.g. a ¼, ½, or perhaps full load.

Another thing to factor in is the distance in kilometres is the garbage removal company is going to have to travel. Fuel isn’t free, and it’s really starting to soar through the roof here in the first half of 2021. By year’s end, petrol could be more than $2 per litre, some are estimating. These are costs that the company’s not going to absorb as some favour to you for doing business. These costs will be passed on to you, and the farther they have to travel, the more it’s going to cost you to have your garbage hauled away. It’s simple economics in this regard.

The Type of Junk

Generally speaking, all that matters is the size per load. However, there are exceptions to this. If you’re dealing with a load of junk electronics or things like metal, then the charges are likely going to be different. This is primarily because the disposal methods are going to be different than just dropping the stuff off at a landfill. Just as with the fuel costs being passed on to you, any extra work that the company has to do to dispose of your junk is not going to be absorbed by the company. You will foot that bill.

The Company You Choose

Another factor to consider in how you will be charged is with which company you choose to do business. Pricing options are on a spectrum here. The cheapest companies out there are generally the worst ones to select, whereas the ones who charge the most aren’t that great either. They’re just looking to price gouge you. Believe it or not, the best companies price their services right around the middle of the pack. It’s called “competitive pricing,” and it’s a sign that the company is trustworthy.

There may also be some risk involved with the junk you need removed. Some people complete small construction projects and rather than getting a dumpster, they get contractor bags, and so they have bags filled with screws and nails and jagged pieces of metal. These items are considered a lot more dangerous, and thus some companies may charge more for the risk, likewise with things like broken glass. Some people have a lot of junk to get rid of, and there are shards of broken glass all over the place. This is dangerous to handle, of course, and it’s not as if the garbage company shows up and just starts flinging bags in the back of a truck. There is risk involved in these situations, and thus you may have to pay more to have your garbage removed. You won’t be looking at a huge price difference, though the difference in risk will still be reflected.

No matter what sort of garbage you have that needs to be removed, the best thing you can possibly do here is to hire a quality company to come in and handle the removal services for you.