Feeding the Cities: How Urban Agriculture Can Improve Food Security Urban agriculture undoubtedly offers social, health, and environmental benefits, but it can also be a way to improve food security. Raising fresh vegetables and fruits in urban areas near consumers could improve local food nutrition and security, especially when it comes to underserved communities.

Urban agriculture is making a resurgence, but it’s far from a new concept. All the way back in ancient Egypt people were using community waste to help feed urban farming which existed during those times. Since then it has been used as a response to food shortages, with Victory Gardens during World War II serving as the most (in)famous example. The program of these gardens during its peak had around 6 million people participating in the movement. They produced as much as ten million pounds of vegetables and fruits, which was almost 50 percent of U.S. grown produce at the time.

The increasing popularity of urban agriculture is evident from the gardens springing up in numerous cities across New Zealand, France, England, the United States, Canada, and Australia. These gardens mostly operate as community ones with diversity in land plots – roadsides, recreational grounds, walls, basements, rooftops, windowsills, etc. However, despite this growing popularity, it feeds only a small percentage of the population in these developed countries. The biggest obstacle for production capacity lies in the limited amount of available space and the high costs of urban farming, so it’s still more of a leisure activity than an alternative food source.

On the other hand, the role of urban agriculture in food security is much greater when it comes to developing countries. It is widely practiced across Kenya, Uganda, Ghana, Cuba, China, Vietnam, and India, where the produce constitutes a large portion of total crop production. The reason for this high production lies in the fact that the large part of the population is involved, which is quite logical since it’s a stable source of nutrient-rich food that would be unavailable otherwise. Still, there is a number of challenges which limit the stability and production of this source, such as its uncertain legal status, the encroachment of urban sprawl onto farming areas, and health concerns.

Since the proportion of the population involved is amongst the most important factors for producing urban agriculture, every individual can make a difference. Growing vegetables may seem daunting, but there are many simple ones to get you started. You’ve seen there are many suitable places for growing plants, just keep in mind that soil depth is the key – at least 6 inches for shallow-rooted plants and 1 foot for deeper rooted ones. We don’t need to mention the importance of watering but remember to make drainage holes on your pots. In the end, the chosen space must provide your plants with at least 6 hours of sunlight per day.

Limitations on space can be solved through alternative farming methods such as growing vertical gardens on the exterior of buildings. With hydroponics, aeroponics, and aquaponics there won’t be a need for large plots of urban land and crop yields could be increased by up to 20 percent.
When it comes to financial obstacles, the low cost of food creates a lack of incentive. Transport cost is reduced, but urban production is still expensive due to the cost of labor, expensive city land, and start-up costs. That’s why residents must be involved in farming and the implementation of new technologies is required to enable much higher yielding operations without the need for large plots of vacant land.

In slum areas, the crop yields and the nutritional quality of the produce are reduced by health hazards created by polluted environments such as poor air quality, polluted rivers, uncollected garbage, poor sanitation, and unsafe water supplies. These problems can be reduced with pollution control through the implementation of programmes to monitor contamination and anti-dumping regulations.

Social, administrative, and public health concerns have made urban agriculture illegal in many countries, preventing farmers from adopting suitable farming practices and therefore creating the reduction in crop yields and increased food insecurity. These prohibiting laws and regulations must be lifted.

Increased urbanization is making way for new buildings, demolishing farms and vacant lots and pushing farmers onto land with low production capacity and fertility. That’s why urban farms must be legally protected and town planners need to learn how to incorporate them into the design of cities.

The amount of people living in urban areas has increased dramatically and this urbanization won’t stop any time soon. This means that food insecurity issues in the cities will undoubtedly increase, with megacities being the most vulnerable. As you’ve seen, urban agriculture has improved food insecurity in the past and it’s capable to do it once again. There are still many solutions waiting to be implemented, but the real difference always starts in the mind of the individual. 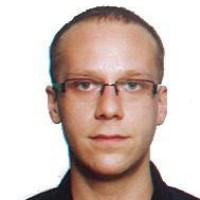