Following the trends of individuality and consumerism, people have become numb to increased warnings of global warming and climate changes. More and more people tend to ignore the news whenever something with environment or green energy comes on.

What happens when people think like this even 100 years down the line? How is our environment going to look like if we keep spending the same amount of resources at a steady pace and leave nothing for the generations that are coming?

Whether you agree with it or not, global warming is a real threat. We can all feel it more and more with each passing year. Summers are getting hotter while winters tend to look like prolonged autumns at the very best. This destabilized natural cycle has adverse effects on humans, animals and plant life.

We will no longer feel the changes of weather because it will become more and more hot, often followed by prolonged periods of drought and land infertility. Production lines and food supplies will dwindle over the course of several decades due to a decrease in raw supplies and a lack of environmental factors to support growth.

This is exactly what happens when people use devices, plants and factories with a huge output of gases and fumes without any filtration systems installed due to monetary restraints. Keeping this up will make money and revenue the least of our collective worries.

We all know the climate change facts but some of us tend to ignore them for personal benefit. What about the urbanization of major cities and an increase of migrations towards technological and industrial hubs? Given the nature of business that many companies run, people are flocking from all around in order to find stable income for their families in major cities. Overpopulating these environments can have huge consequences down the line, and 100 years from now we might not even have major cities to talk about. All of them might crumble under the increase of migrations and no one will seemingly want to leave them until all the resources are completely depleted. Once that happens, the population will simply pack up and go towards the next resource camp to exploit.

The greenhouse effect and greenhouse gases are something that everyone should be aware of. They produce a domino effect which in turn serves to heat up our atmosphere and influence the sea levels to rise globally. This rise in sea levels at increased rates will see many sea side towns and villages flooded in the next several years. What can we do to stop this from happening?

Going green isn’t something that can happen overnight, and we have been laboring in the wrong direction for many generations with no sign of stopping. Spreading the word among all generations, including students, should be done as basic.

Rising sea levels due to climate changes will see the sea levels increase up to 23 feet depending on the location, meaning that huge numbers of people will have to relocate. Let’s not even talk about the major ramifications this might have during the next 100 years.

While we are developing intuitive new technologies to exploit oceans with, the indigenous life under water is threatened more and more. This is due to the pollution coming from man-made devices and excess carbon dioxide that the sea is absorbing, making it more acidic.

Sea creatures that have inhabited oceans for thousands of years have nowhere to go except to become extinct under the threat that looms on the horizon. If people keep up with the current development trends, we can safely assume that life underwater will vanish without trace in the next 100 years. Either that or their DNA will mutate into something we are yet to see in order to accommodate for the increased threat and acidity.

The pattern of environmental phenomenon is changing before our very eyes. Rains are becoming more frequent in some areas while others are struck with drought. Wildfires are spreading with increased instability while oceans are rising and shifting globally.

These unstable weather changes are only the beginning stages of what we can safely assume is a completely ecological shift. We can expect animal life to migrate to different continents and become indigenous in their original habitats due to such a drastic change in living conditions.

People will have to evolve to become more susceptible to these changes and invent new technologies that can help them cope with increased colds or heat. All of this is already being caused by fumes, carbon dioxide and a destruction of the ozone layer.

We can stop this by going fully green with our vehicles and factories, dismantling the chimneys and production lines of several huge conglomerates that rule the world as we know it. We all know the answer to that equation, and the world will become aware of the changes once they are already underway and far too late to stop anything.

What can you do as an individual in order to prevent these things from happening 100 years down the line? For starters, we all need to work on social awareness and let people know that these things are real and happening as we speak.

Changing anything with drastic consequences will take years of hard labor, and even then we might see beautiful natural environments destroyed for corporate benefit. Do your best to live a healthy, green life and don’t take the environment you live in for granted. Chances are that the life we live today isn’t going to last if climate changes are anything to go by. 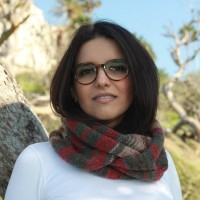