Why Ecigs are Better For the Environment When the subject of vaping comes up, what first leaps to mind for most people – whether they’ve already made the switch from analogue cigarettes to ecigs or are thinking about starting, is THEIR health. And that makes perfect sense. After all, the reason most often cited for taking up vaping is as a way to stop the harmful effects smoking has on the individual. But there’s another living entity that reaps great benefits every time another smoker uses ecigs to kick the habit. And that’s the planet. Even as recently as a decade ago, our understanding about the need to take better care of the earth was mostly an intellectual one. Times have changed – fast – and people are beginning to FEEL the impact of what would happen if we continue to inflict damage upon the planet. It’s a fact that electronic cigarettes are substantially less harmful to us than analogue cigarettes. The two are simply in a different league. It’s also a fact that they’re better for the environment. And it’s time we brought that into the conversation. Because taking care of our individual health is important but if we don’t take care of the earth, it won’t matter how healthy we are. This is our home and it’s the only one we’ve got.

Did you know that cigarette butts are the biggest source of litter in cities across the globe? (That’s an especially astounding fact when you consider that there are significantly fewer people smoking now compared to just a generation ago.) They end up in landfill sites and because they contain a plastic called cellulose acetate, the butts sit for at least 12 years before breaking down. And they don’t magically end up there.

The Costs We Never Consider

Cigarette butts are often left lying about instead of being disposed of properly and getting them to these sites costs 11.5 billion dollars every year in the U.S. alone. Think about how that money could be spent repairing some of the harm that’s been done to the planet.

Cigarettes Impact on our Planet

It isn’t just the cigarette butts themselves that are having a negative impact on the environment. What they contain by the time they’re discarded is also of concern. Every time a smoker inhales, all the chemicals from the tobacco are drawn into the filter. That list of chemicals is long – more than 7,000 of them each time a cigarette is burned. Many contain carcinogens, some are radioactive. And the chemicals don’t just stay in the landfill sites. They make their way into our rivers, lakes, and oceans. Two of them in particular – carbon dioxide and methane – are not harmful to humans, but are responsible for a lot of the damage done to the atmosphere. And here’s a disturbing fact. It’s common knowledge that the emissions produced by the vehicles we drive are bad for the environment (just go to any large city and check out the air quality if you have any doubt). But how well known is it that smoking creates as much air pollution as half the vehicles driven in the entire U.S.? A full 50 percent! None of this applies to ecigs. The tobacco industry might like people to think it does but SEVERAL studies have shown that the air tested around a vaper is virtually the same as the ambient air.

What it Takes to Produce Cigarettes

Unlike ecigs, the production of cigarettes requires paper and wood, and the resulting deforestation is having a devastating impact on the earth. More than 540 million trees are cut down each year for the purposes of cigarette manufacturing. That works out to close to a million and a half trees EVERY DAY needed to dry and cure the tobacco, as well as produce the packaging, the filters and the paper that holds the tobacco. Approximately 5 and 1/2 trillion cigarettes are smoked every year. Trillion – with a T. That’s too large a number for most of us to really fathom. But it begins to sink in when we look at what that involves; it takes one tree to produce only 300? cigarettes. An entire tree for 12 packs of smokes! And what about ecigs? They require the use of paper for one thing – packaging. And not much of it. Because unlike analogues, they are not a one-use only item. And if they are no longer being used, they are recyclable.

It’s not just about the absence of the harmful effects burning tobacco inflicts on our planet when ecigs are used instead of analogue cigarettes. The fact that nothing is discarded whenever someone uses a vaper is meaningful. Lighting up results in waste every time. That has a measurable and positive impact on the environment every time a cigarette is not smoked because someone has managed to quit by using an ecig instead. Quite apart from the personal health advantages, the benefits realized by the earth are significant and difficult to overstate. It’s up to both the vaping industry and those of us who use ecigs to promote this powerful and positive aspect of switching from smoking to vaping. Because we aren’t the only living beings who benefit from vaping instead. So does this planet that is home for us all. And for anyone who doesn’t believe you? Tell them to “put that in their pipe and vape it!” 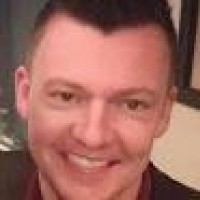