Why Sustainability and Corporate Responsibility is Important in 2017 Environmental awareness – meaning recognition of issues concerning the planet and its ecosystems, resources and limitations – has been around for decades. Yet it has only been in the last ten years or so that environmental awareness has moved to the forefront of the industrialized world’s collective consciousness. Why the shift? Urgency. Climate change denial, which in the past gave rise to questions of its very existence, is finally collapsing under the sheer weight of incontrovertible evidence of global warming’s real and immediate impact. And that evidence is disquieting, to say the least. Consider this: According to the National Oceanic and Atmospheric Administration (NOAA), 2016 was the second warmest year ever recorded in the U.S., with extreme weather causing 15 weather and climate disasters that resulted in at total of 138 deaths and $46 billion in damages. Further, as noted by the NOAA, 16 of the last 17 warmest years ever recorded have occurred during the 21st century.

An essential factor in environmental awareness in regard to corporations is sustainability – that is, the ability to indefinitely maintain given levels of economic production, renewable resources and social wellbeing. Sustainability has become the cornerstone of corporate social responsibility as well, so important that the two terms have become practically interchangeable. Here’s why all corporations today, regardless of size or market share, need to be concerned with their impact on their communities and the planet in regard to sustainability and corporate responsibility.

Businesses without their fingers constantly on the pulse of the consuming public do not remain in business for long. And consumers today are increasingly interested in how their consumption of goods and services impacts the environment. Just how interested? According to the highly-respected Nielsen Corporation, in the year prior to its September 2015 report, sales of consumer goods produced by brands that had a demonstrated commitment to sustainability had grown by more than 4%, as compared to 1% sales growth for businesses without such a demonstrated commitment. That same report also found that 60% of global respondents (30,000 consumers in 60 countries) were willing to pay more for sustainable goods, up from 50% in 2013. And that percentage was substantially higher for Millennial and Generation Z consumers.

What all of this means is that businesses that ignore the impact of corporate social responsibility do so at their own jeopardy. Fortunately, most new companies today approach sustainability and social responsibility as essential elements of their corporate missions. And older companies are jumping on board as well by initiating sustainability policies and practices.

Consumer engagement is not the only factor driving sustainability and social responsibility interest by businesses. Smart executives understand that their customers are also their employees. They also understand just how difficult it can be to find and keep talented and skilled employees. Corporate social responsibility plays an increasingly significant role in where top professionals, especially Millennials and Post-millennials, choose to work. According to Dale Carnegie Training, employees who are proud of their company’s societal contributions are more engaged in their work, and companies with engaged employees outperform those with disengaged employees by as much as 202%.

It’s Important to the Planet

Corporate culture is often viewed – at least from the outside looking in – as cold, calculating and heartless, concerned strictly with the accumulation of monetary wealth for itself and its shareholders. What’s often overlooked, however, is that many corporations are owned, managed and operated by people who are just as concerned as anyone else about the future wellbeing of their children and grandchildren. And, as a result, more and more corporations are responding to the planet’s calls for help. Here are examples of sustainability-conscious programs sponsored by two businesses, one big and one small:

Google and LendEDU are just two companies among thousands today reaching beyond the balance sheet to address global sustainability concerns, not only to support their own self-interests but also because it is the right thing to do.

Businesses are additionally discovering that sustainability practices in the production of goods can be a cost saver. Major areas of savings include: incorporation of renewable energy sources (solar, wind, geothermal); green office, manufacturing and storage facilities; and reduced product packaging and materials waste. How much can corporations save? In 2011 60 organizations signed on to the Department of Energy’s Better Buildings Challenge, committing almost two billion square feet of building space to improved energy efficiency. According to the DOE in 2016, partners in the program realized savings of over 2% annually for a total of more than$1.3 billion since the beginning of the program. 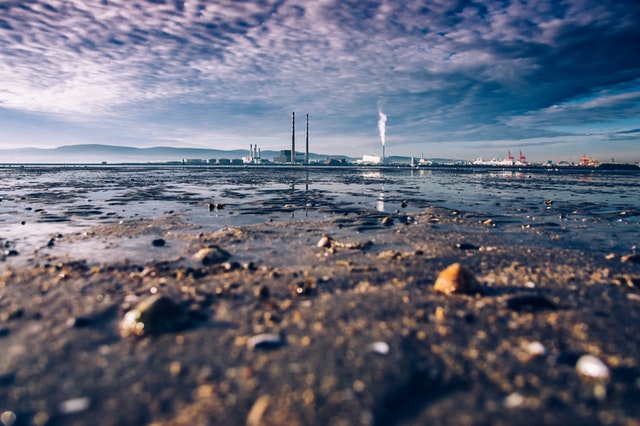