Feeding the World: The Promising Future of Sustainable Aquaculture 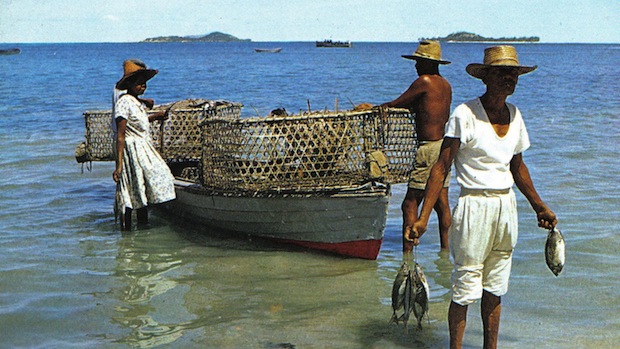 Declining fish stocks and a growing world population are not a good combination, which is why sustainable aquaculture has such a promising future.

It is now the case that farmed salmon finds its way onto a growing number of dinner plates everyday and this is just one example of how sustainable fish farming is fulfilling several requirements, providing a valuable and sustainable resource and also helping to protect fish stocks in general.

Harvesting the ocean in a responsible way

Our relationship and interaction with the world’s oceans goes way back of course, and many generations before ours have harvested the seas for food, but it has become abundantly clear in recent times, that this valuable source of nutrients, is far from an unlimited resource.

Stocks of certain species have declined in alarming numbers and it has been widely estimated that we have now reached the maximum capacity level, where we simply can’t expect to catch any greater volume of fish and expect their population to remain at a sustainable level.

When fish are being caught at a faster rate than they can reproduce, it is inevitable that there will come a point where our plates will be empty, which is why aquaculture has become so important.

Aquaculture, otherwise commonly known as fish farming, already now accounts for more than 50% of the world market for fish products, which gives you a clear indication of the importance and relevance of this process.

There are in fact various aquaculture methods, and some of them are not without certain environmental risks attached themselves, although these are being addressed with advancements in technology.

The most prominent form of fish farming at the present time is mariculture, which involves the cultivation of marine organisms in the ocean via a designated enclosed section of the ocean.

Mariculture includes the use of open-net pens and cages, that allow the farmed fish to maintain direct contact with their natural environment. The drawback to this method, is that there is the greater prospect of infectious diseases spreading beyond the farmed fish, if some fish subsequently escape and then spread their infection to the native populations of fish outside of this zone.

This threat is one of the fundamental reasons why scientists have been developing closed-contained systems, which ensure separation from native species and restrict the spread of disease and parasites.

Aquaculture has now evolved to provide a viable land-based alternative to mariculture, with obvious benefits including the fact that there is a continuous supply of clean water and a greater level of control over disease, as well as contaminants and toxins.

Another positive factor relating to land-based fish farming is the fact that it allows the fish an opportunity to grow more efficiently, mainly because they are not expending so much of their energy fighting the currents, which is what they would be doing in a mariculture scenario.

A major factor when it comes to sustainability is getting the fish to be able to reproduce in sufficient numbers and at an acceptable frequency rate.

Technology and scientific knowledge has played a big part in unlocking the key to achieving this with farmed fish.

Getting the fish to reproduce with efficiency and in predictable cycles has been a challenge, but by simulating the necessary environmental cues that would encourage them to reproduce in the wild, such as alternating the water temperature, as well as lighting and salinity levels, scientists have been able to achieve predictable reproductive cycles.

They have also managed to create a fish pellet that is able to mimic the hormone needed to induce natural reproduction.

Cracking the reproduction cycle has been the key to the growth in aquaculture, and when you get fish that are clean, grow faster than they do in the wild and taste equally as good as they would if they had come from the ocean, you have what is close to a system that is self-sufficient.

Whether you have reservations regarding fish farming or not, the bare facts are that the oceans are no longer in a position to provide us with the level of food that we need to feed the world’s population.

We have probably reached a point where farming fish in this way needs to be viewed in much the same way as farming the land, certainly if we are going to achieve the aim of building and maintaining a sustainable future for fish stocks and species in general.

Eva Kelly is an environmental studies student who takes an interest in sustainability and all aspects of our planet. She writes articles on the topics she finds interesting, her work being published on green/eco and environmental related blogs.

Thank you! I value this!

Whoa quite a lot of valuable information!

With thanks, Wonderful stuff!

Really a lot of beneficial info.

You explained it effectively!

This is nicely expressed. .

You actually expressed this superbly!

Seriously all kinds of terrific advice.

Many thanks, Ample advice.

You actually explained that effectively.

Thanks a lot, Excellent information!

You actually mentioned it wonderfully.

Appreciate it, Quite a lot of postings!

Useful stuff. With thanks!

Nicely put, Thanks a lot!

You actually said it well.

Thanks. I value it!

Cheers, Quite a lot of forum posts.

Thanks, A lot of knowledge.

Many thanks, Awesome information.

Thanks! A lot of stuff!

With thanks! Ample forum posts!

Regards! I appreciate this!

Regards, I appreciate this!

Cheers. I appreciate this.

Whoa quite a lot of helpful information.

You actually said that terrifically.

You made your stand quite nicely!.

Thank you. Lots of stuff.

Helpful posts. With thanks!

With thanks! Helpful stuff!

You actually revealed it effectively!

Thank you. A good amount of knowledge!

Really quite a lot of superb facts.

You expressed it exceptionally well.

With thanks, Numerous advice!

Wonderful material. Thanks a lot.

You actually said that superbly!

You made your stand very nicely..

With thanks! Wonderful information.

Fine data. With thanks.

Thanks. Loads of info.