How to Recycle: The World’s Best Practice

Recycling is one of the three components of the waste hierarchy “Reduce, Reuse and Recycle”. Archaeologists believe that this practice dates as far as the 4th century due to no evidence of much household waste like pottery and ash. In the pre-industrial period, people recycled metals and melted it down for other purposes, while paper recycling was recorded first time in Japan in 1031. The reason for this was merely economic because the raw materials were more expensive or obtaining them was difficult. Then industrialization started and the demand for affordable and cost-effective materials bloomed. Scrap metal became wanted goods for the railroads in the 19th century, and that continued in the 20th century when automobile industry started buying it too. They also sold their used metal and turned the money around. Schweppes bottles were among first to be recycled in Great Britain and Ireland at the beginning of the 19th century for a refundable deposit, meaning that if you returned the used bottle you would get some of the money back. In the 1970s, high energy costs made industries turn to recycling. The electronic devices weren’t recycled before the 1990s.

Recycling is one of the most important ways to preserve the environment. Today it’s a common practice in many countries, but not all do it the same. Here are some of the best world’s practices when it comes to recycling.

Swedes are known for their very innovative and responsible recycling practices. One of them is turning garbage into energy which allows them to provide power for the roughly 250,000 homes. Namely, the garbage collected by the city which would be taken to landfills is burnt and provides heat and electricity for the population. This practice became largely supported that now Sweden has the deficit of garbage to use. This positive effect created an echo in the North Europe region, and due to the lack of its own waste, Sweden is paid to deposit and burn the Norway’s garbage as well. That way the region is cleaner, garbage is disposed of responsibly, Sweden is gaining profit and those quarter of a million homes have the steady power supply.

Germany has certainly gone a step further with providing a separate recycling bin for dead animals. The dead animals collected that way are taken to the facilities and rendered down for their fat. Thus acquired fat is used for cosmetic products like lip balms, for example. Waste disposal is also charged in Germany for the ordinary waste following the principle the bigger the trash the higher the price. But since recycling is free, people are that way encouraged to recycle regularly.

When it comes to scrapping cars, Belgium is the main recycler. Due to the best technologies for shredding this country has 95% recycling rate. They don’t just recycle the car but they also collect the post-recycling waste. Namely, shredder waste after recycling consists of different materials and this new technology they use allows them to recover from there more useful bits and pieces. When it comes to household waste, Belgium uses the usual means of disposal applied in the majority of EU countries.

The recycling rate in Switzerland is the highest in the world due to the country charging for the refuse bags. In Zurich, these bags are called Züri-Säcke and come in 17, 35, 60 and 110-litre volumes. The full bags are then collected once or twice a week and the schedule is available online. Due to the fact that the citizens are charged for waste disposal, Switzerland became very industrious when it comes to their garbage. And because of the Landfilling Ban, all other combustible waste is incinerated.

While UK has D&T Rubbish Clearance and Australia has Pinkjunk for waste removal from people’s homes, Italy has developed different techniques. The country uses a penalty system to encourage its inhabitants to recycle. In Rome, you would have to pay a fine which amounts to €619 or $833. More precisely, if you don’t separate the waste for recycling properly and in a different bag than the usual one, you will have to pay this penalty. This applies to all those citizens who don’t adhere to this regulation and live within 500 meters from the nearest recycle bin. Knowing that the average salary in Rome is around €1400, this fine would take almost half of the earnings the citizen of Rome makes in a month.

Home Appliance Recycling Law has been in effect in Japan for more than a decade and it turned everyone responsible for the recycling, even the manufacturers. This law was created due to a lot of end-of-life appliances discarded in landfills. If you want to properly dispose of the appliance you have to pay a fee and buy a ticket for it. The charge depends on the size and brand, as well as the type of appliance. Facilities specifically founded for this purpose like Panasonic Eco Technology Centre dismantle the appliance into smaller pieces so it could be easily recycled. And the fun part is that you can observe the whole process.

Canada recycling is supported by the box collection system. Cities like Quebec, Ontario, and Manitoba use blue bins and boxes for their recyclable trash. Vancouver started its own revolutionary project for recycling of cigarette butts. After they are collected from the several recycling bins placed in the city, the cigarette butts will be recycled into other products. This practice could be the perfect solution for the rest of the world since the cigarette waste is the number one litter in the world. Another interesting thing about Canada’s waste recycling is that they reuse old tires for playgrounds and to mix it with asphalt for roads.

Recycling is a responsible and mature behavior which can help our environment and downsize the waste polluting our planet. Every obligation can be hard, especially the one which is different from what we’re used to. But together as a community and with enough information, we can turn green and prevent further climate changes and reverse environmental issues. Some of the practices observed in these countries may seem strict, but without policies to govern this specific area of urban planning the waste will pile up on the landfills and overtake our landscapes and consequently have a negative impact on our livability. 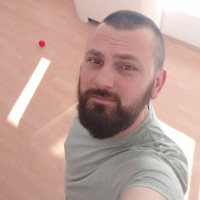