There is a great way of building up your immune system, improving your health vastly and detoxifying your body. It is called juicing. A new method of juicing has emerged. It is called marijuana juicing. Marijuana has great potentials to become the next superfood. When you juice cannabis, you get most of the medical gains of marijuana without getting high.

Due to the fact that cannabis is illegal in a lot of places and it is seen as a taboo, a lot of people are scared to use it. But in the last few years, research has shown that there are a lot of medical benefits to be gained from medical marijuana. That is the reason most of the States have already accepted the Medical value of Cannabis. Marijuana in its raw form is not psychoactive so it is perfectly healthy and okay for people to take it.  One can obtain most of the benefits of Marijuana and nutritional properties by drinking the juice in combination with other vegetables also—in several cocktails and smoothies. The taste of Cannabis is not either good or bad, so you can be creative according to your taste.

It might sound weird but Marijuana is considered a vegetable and the best way of taking it is by juicing it.  You can combine marijuana leaves in a salad.  Marijuana leaves contain a lot of fiber which is required for a balanced diet.  As a vegetable has a lot of nutrients which gives the body a lot of benefits even if it is consumed in a very small quantity. There is a highly digestible globular protein that is included in raw marijuana. In order to have access to the leaves many people buy cannabis seeds and grow their own plants. Marijuana contains necessary amino acids. It has a good ratio of omega 3 and omega 6 fatty acids. Over 400 chemical compounds are contained in the marijuana plant. Over 100 of these compounds are cannabinoids. Cannabis is a source where one can obtain some vital cannabinoid acids. Raw marijuana has cannabinoid acids that have the same properties as over the counter drugs like aspirin and ibuprofen. Sadly, not much research has been done on marijuana.

Even if it is too early to safely say that Cannabis cures serious Health conditions as Cancer and Alzheimer the plant obviously has some great medical properties and a lot to offer to patients  who suffer of health problems like arthritis and fibromyalgia and now use raw marijuana juices as a pain reliever.

Whenever vegetable is heated, a lot of vital enzymes and nutrients is lost. This also holds true for marijuana. This plant loses a lot of nutrients when you heat it up. That is the reason those people prefer fresh Cannabis juice from the leaves of Cannabis.

There are even some people who share the opinion that there is no vegetable that is more important than marijuana on earth. This is because marijuana can increase neural function, boost the metabolism of the bone and it can serve as an anti-inflammatory. 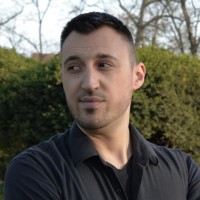